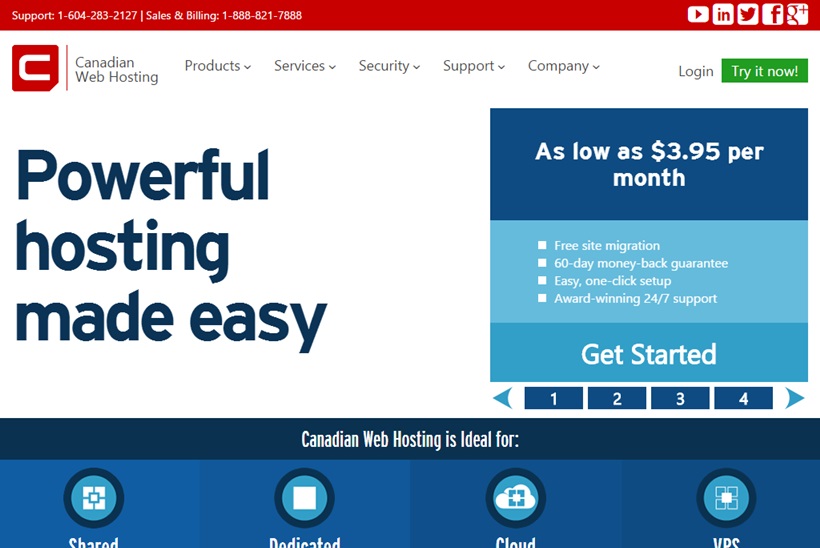 Canadian Web Hosting’s new offerings enable customers to scale resources to “the exact number of virtual CPU, RAM and storage that they require” and allow developers and businesses to save costs by paying only for the cloud infrastructure needed. They are also able to optimizing resources rather than paying for fixed levels of resources. The new offerings utilize the Linux and Windows operating systems and are available throughout Canada.

"One of the biggest challenges customers experience when migrating workloads to the Canadian Cloud is choosing resources for their instance types,” explained Canadian Web Hosting’s Chief Technology Officer (CTO) Kevin Liang. “Several leading cloud infrastructure providers today have up to 40 instance types with no ability to customize the resources within each type. The complexity of choosing the right instance creates frustration and can add significant cost to the onboarding process into the cloud," he added.

Do you know of any other companies offering custom cloud and custom SSD cloud offerings, let us know the details. Add your comments below.

Back to canadian web hosting news