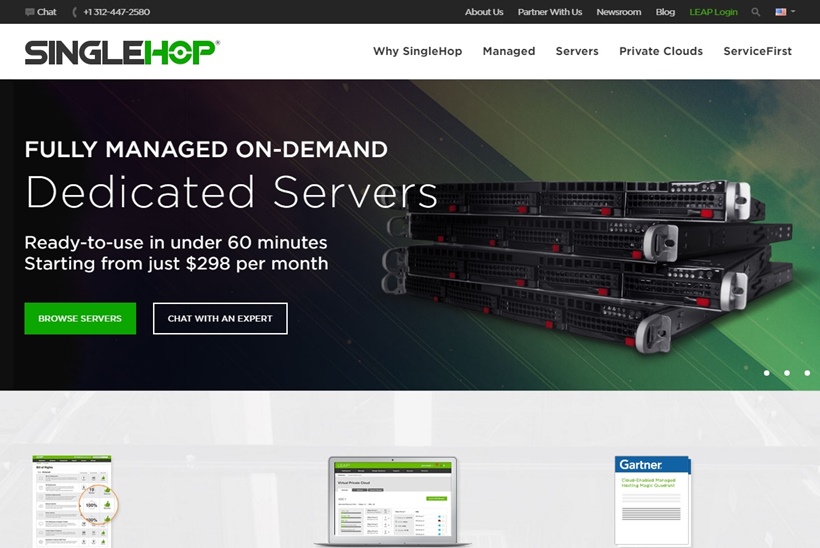 Hosted IT infrastructure and cloud computing provider SingleHop has joined CRN's 2016 ‘Solutions Provider 500’ list. SingleHop has headquarters in Chicago, Illinois, United States and the company specializes in fully managed HIPAA- and PCI-compliant services. Its services extend to business continuity and disaster recovery options alongside hybrid cloud servers, virtual and dedicated servers and collocation solutions. SingleHop caters to around 5,500 companies worldwide and was ranked 374th in the CRN list.

This is the fourth year in a row that SingleHop has been included in the list which includes North America's 500 largest technology integrators based on earnings. SingleHop also takes pride in being one of eight Chicago-based companies to be included in the list. The acknowledgement is the latest achievement for the company which was also recently voted one of the 20 Coolest Cloud Infrastructure Vendors of 2016.

"SingleHop's strong growth trajectory has enabled us to climb over 100 spots on the SP500 since 2013," explained SingleHop’s Vice President of Channel Sales, Mark Mercado. "Four-time validation as a top-tier provider on this list speaks to SingleHop's ability to continually innovate in a changing IT landscape while providing a consistent high-level of service to our partners and customers."

Other awards the company has achieved this year includes being acknowledged by the Crain's "Fast 50" list for the third year in a row, recognized for its strong year-over-year performance. It also comes alongside news that the company’s Vice President of Products is to present at this year’s Cloud Expo.

Do you know of any other companies winning awards? Let us know the details. Add your comments below.