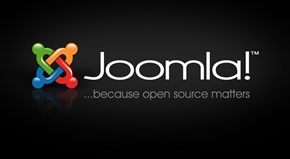 Like many technologies, whereas numerous solutions exist, choice of a technology usually boils down to two leaders. In the field of Open Source Content Management Systems for websites, although there are a number of players, the debate has become simple - which is better: Joomla or WordPress? These days the answer just might be Joomla.

Joomla has been around a long time. It started life as Mambo in 2000 and a split in the Mambo leadership led to Joomla being formed in 2005. This split came only 2 years after the launch of WordPress.

WordPress started life as a blogging solution, but very quickly morphed into a full-blown CMS. While people enthused over how easy WordPress had become to use, and how flexible it was, despite regular new versions, Joomla remained pretty much a staple diet of clunky management and a less than intuitive back end design.

At the end of last year I was about to embark on a new website project and I had pretty much decided to transition from Joomla to WordPress. However, I started to hear some great things about the upcoming Joomla version 3, so I decided to hang on a while. Joomla 3.1 - the first stable version of Joomla 3.0 - was launched April 24, 2013, and in the end I was glad I waited.

Joomla 3.1 is the Joomla version that Joomla should have been from the start. It is light (in comparison to much earlier versions) and has become much more intuitive, especially for someone familiar with previous versions.

The first thing you notice when you open up the new version of Joomla is that it has a more commercial feel about it - this looks like something you would pay for and it is remarkable that it has actually been developed by volunteers! The backend administration screens have been revamped and are even customizable by adding a variety of templates. All aspects of administration are easily accessible from the single administration page. 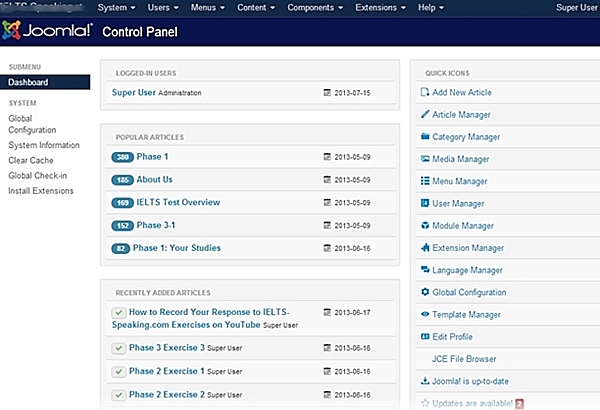 Unlike many of the previous versions of Joomla, the native templates (the templates supplied with the software) are no longer throw away. Only people looking for the simplest of websites ever considered using the native templates Joomla previously provided, and most headed for commercial templates, or a developer. The reason for this was because the native templates were instantly recognizable, and using them gave a website a 'me too' look and feel. The templates that Joomla 3.1 offers - Beez3 and Protostar - are much more powerful. Protostar in particular is flexible and customizable enough that I had no hesitation in using it for my website. It has numerous module positions and options like custom colors, so it really is possible to design something that looks and feels unique. 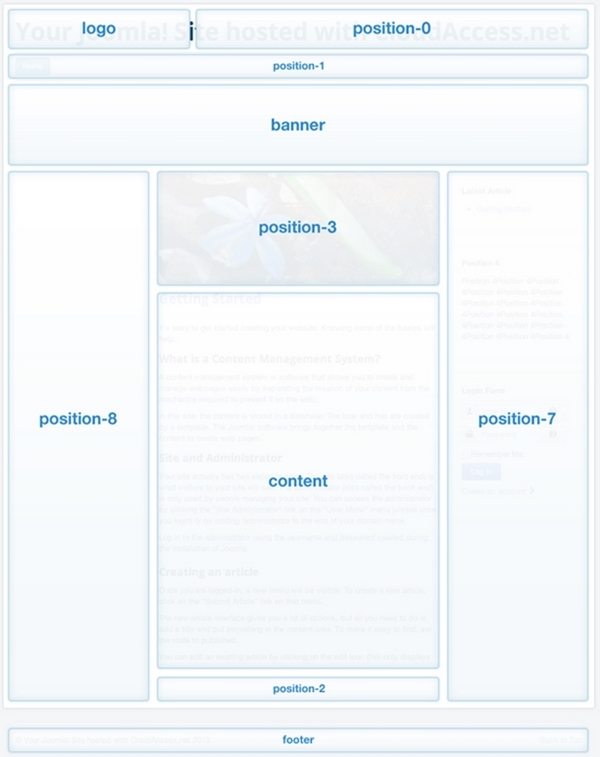 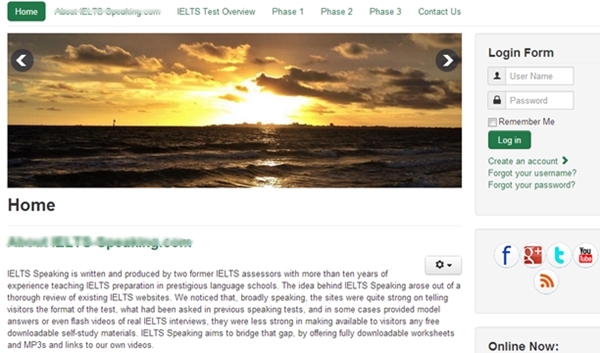 This is how my site looks now - needs a few tweaks but I am happy with it!

What is truly great about Joomla 3.1's native templates is that they are built using the Bootstrap framework. Built at Twitter by @mdo and @fat, Bootstrap requires less CSS. As a result, it makes templates fast and responsive. I am using a shared hosting account with the bare minimum of resources. But when using both the front end and the backend of Joomla 3.1, I genuinely feel as though I am using a more powerful hosting package. Bootstrap has now been utilized by a number of designers, and so a number of commercial Bootstrap templates are now Joomla 3.1 compliant.

Possibly the biggest advantage of the Bootstrap framework is that it is designed to make your sites mobile ready. This means you do not need to do anything else to make your site compatible with Internet capable mobile handsets, tablets, phablets, etc. Looking at your "Bootstrap" site through a mobile device is an "oh yes!" moment - I certainly didn't expect the results to be so good. The menus are clearly laid out and even from a mobile phone with a 3.1 inch screen, I can access them very easily.

All the home page articles are ordered so that they appear as a list rather than next to each other as they appear on a PC. The effect is really good - Bootstrap really does make your website usable on a mobile device. The images below are from my Galaxy Pro - an old phone with a tiny screen. But Bootstrap means it is easy to navigate and read my site, even within such a small area. 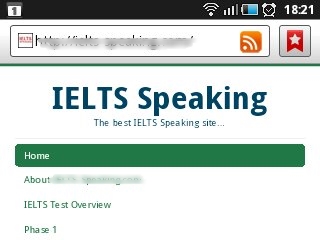 Menus show clearly on even the smallest of handsets 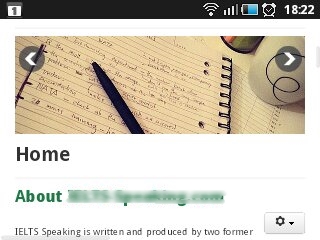 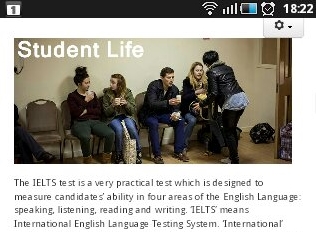 Joomla 3.1 comes with a number of native modules and plug-ins that add functionality to a site and add to its appearance. The system has a built in plug-in for Search Engine Friendly URLs which is a boon for any website. In addition, there's a native plug-in for ReCaptcha, which is an absolute must these days. There is also a module for archived articles, articles categories, newsflashes, lists of related articles, custom HTML - in fact so varied are the number of native options, that I built my site using a minimum of third party plug-ins and modules. Those I did use integrated with the system very easily - for someone who doesn't delve into code, that is a godsend.

Joomla 3.1's Tags have been described as a solution to a problem that you did not know you had. And I completely agree. Tags make moving around a site lightening fast. Basically if you write an article on 'London buses' you give it a Tag called 'London buses'. In the future, if you write other articles on London buses, you add the same Tag to those articles. Tag categories show as buttons at the top or bottom of each article, and if you click on a specific Tag, you are taken to a list of articles, all of which include that topic - click on the 'London buses' Tag and you are taken to a list of articles that covers or includes information on 'London buses'. It is a phenomenal way to get around a site - very practical, and I am sure one day Tags will be an industry standard. 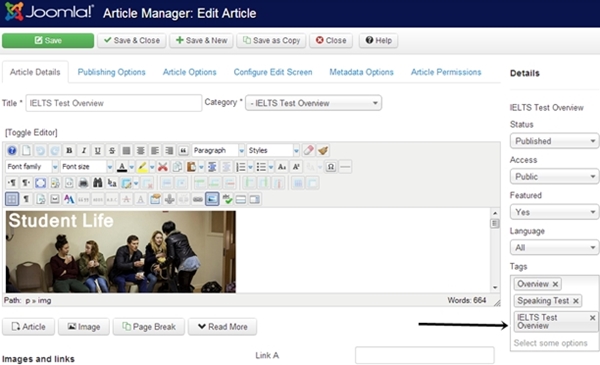 Add Tags to your article based on the content 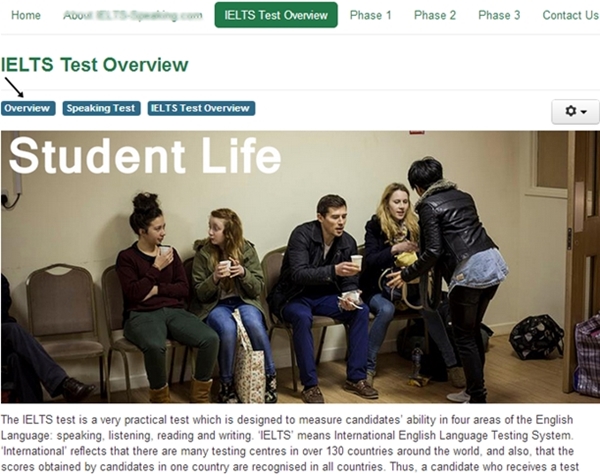 Earlier versions of Joomla have been troublesome as far as keeping current is concerned. New versions of Joomla arrived without fanfare or notification, as did modules and plug-ins. For me, upgrading Joomla to the current version meant getting a programmer involved. Checking modules and plug-ins meant visiting websites, downloading new versions, and installing them again. All very time consuming. Now Joomla 3.1 notifies you when new Joomla versions are available, and upgrading means simply clicking a button. In addition, the system notifies you when modules and plug-ins are out of date. What's great about this is Google has now taken to giving a lower rank for websites that are not using the latest version of CMSs (such as Joomla). They are taking this so seriously that they are actually emailing people to ask them to update to the latest version because of security risks - see below. So, this is a great time for Joomla to simplify their updating process.

Joomla 3.1 is the way things should have been, but considering the price (free!) what you got before was good value for money. However, what you get now with Joomla 3.1 is outstanding - this is what they had in mind when they started. And now that updates to new versions are only one click away, there is no reason why Joomla users should not remain loyal forever.