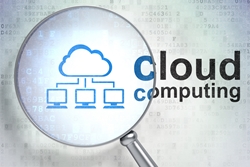 Like 2012, 2013 showed that the momentum of the Cloud has to some extent made it an unstoppable force. Expect the same again in 2014. Here are some suggestions on the changes that unstoppable force might prompt in the coming year.

It appears the balance has shifted towards the Cloud - although it is not easy to extrapolate from data related to Cloud usage, the fact is that it is very likely that right now, in one way of another, as many people have adopted the Cloud in some fashion as continue to use traditional web hosting options. By the end of 2014, the Cloud will not have become completely ubiquitous, but it might be close.

Despite its success, the Cloud is still being held back from achieving its full potential. In 2013 a number of surveys suggested one obstacle to Cloud adoption was security issues, especially amongst enterprises. The "NSA-Edward Snowden" affair has not simply been a topic of interest trending in Twitter over last year. Continued revelations have been cause for a full reevaluation of exactly who might access the information stored in the Cloud. Right now some providers bill themselves as "NSA-proof" but to overcome the harm to the industry the "mass surveillance" scandal has caused, strengthening security in the Cloud is likely to be one of the main issues prevalent in 2014. Paying customers will have to see - and believe - that security in the Cloud is as tight as other types of hosting.

In 2013 "Bring Your Own Device" (BYOD) became a key component of the Cloud. While the flexibility the approach provides benefits enterprises greatly, the vast array of devices available that staff can use to access data has been a headache for most companies. In 2014, expect there to be a major trend towards encryption in the Cloud - strong encryption that ensures only the people who need to see a company's data get to do so.

At present, the number of Cloud providers is growing on a daily basis. Most of these companies have little chance with competing like Amazon, Microsoft, Google and Oracle. In 2014, expect to see some dramatic failures that show clearly what the dangers of Cloud/Vendor lock-in are. It might be easy to get into the Cloud, but how easy is it to get out? With that in mind expect consumers to be driven towards the bigger players, and likewise expect these players to start buying up the smaller players in huge numbers - 2014 could see a dramatic acceleration of acquisitions and mergers.

The Cloud is the ideal place for Big Data to be analyzed and the trends enterprise data suggests will become vital for business survival. In 2014, expect Big Data analysis to begin to become common place and workforces to have all the information they need to make inspired decisions that could rapidly change the shape of the business. Expect a flurry of activity as providers battle to become the leading players in the Big Data arena.

Changes in Perception of Corporate Value

To date, the bottom line regarding a company's value has been issues such as market share, market position, and profit and loss. But although the Cloud represents immediate cost savings for companies, it also offers hidden value. If two companies operate in identical areas of business and have similar incomes, the hidden potential of the Cloud might prove an influencing factor amongst potential investors. Soon we can expect to see the Cloud being an added component to the bottom line. In 2014, just how a company leverages technology could start to influence how many people buy its shares, etc.

In 2012, the differences between public, private, and hybrid clouds were blurred. In 2013, the differences came into sharper focus. In 2014, expect companies to have a clear understanding of exactly what type of Cloud will benefit them the most.

Unless the workplace is shaped to meet the Cloud, the Cloud will have to be shaped to address the technologies and solutions business needs. As a result, in 2014 expect a drive towards hybrid solutions that allow the workforce to use the hardware and software they are used to.

The speed of doing business is controlled by the limitations of the technology companies use. For example, in the 1970s it was thought to be a miracle that a fax could be sent across a country in only 20 minutes. But when, as is the case now, the speed of technology is faster that people doing business can manage, something has to change.

In 2014 we will start to see machines communicating more with machines ("Machine-to-Machine" communication) and machines starting to make corporate decisions in much the same as computers manage the sales of stocks and shares today. The executives of the future might well operate in the same way that pilots operate today - input the company's flight plan and sit back and enjoy the ride. In the same way that a pilot responds to emergencies, the executives of the future might well only make decisions when a company experiences turbulence, and this trend may well begin in 2014.