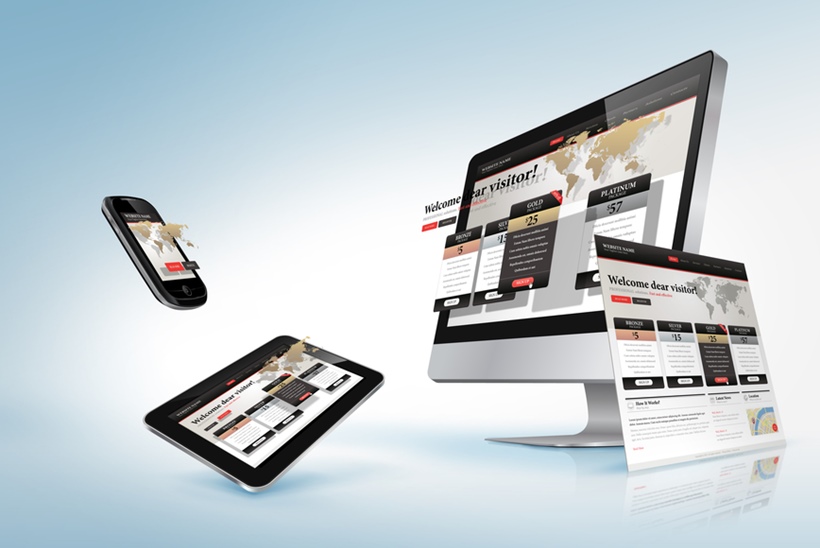 There are a lot of reasons to create websites with responsive designs.

If you want to establish a successful website, it is no longer simply a matter of "build it and they will come". This is a mobile world, and although virtually every website can be accessed through a handheld device like a tablet or mobile phone, Google requires that you make provision for your mobile customers. This means that rather than just accessing the site as it appears on a PC, a site has to be rearranged to make content properly accessible through a handheld device. Menus have to be easy to open, images placed in an appropriate place, and text easily readable in a space that is sometimes less than 2.5 inches square.

The need to cater to a mobile audience saw a substantial rise in the number of sites with alternative versions designed to optimize the mobile experience. Usually this meant that a site had two versions: http://www.mywebsite.com/ would be accessible through a PC, while people on the move would be redirected to http://m.mywebsite.com/. However, a more recent shortcut is websites that have a "responsive" design - one site, but the structure changes depending on whether it is accessed by a PC or a handheld.

Responsive design is obviously a boon for developers and users alike - developers get to create only one superb website, while visitors get the best possible user experience. Of course, as new devices come out, responsive design continues to change and developers have to keep abreast of that change, but the benefits of a website with a responsive design far outweigh the challenges, not least as far as SEO is concerned.

The bottom line is that Google is a responsive design freak. Responsive design represents the cutting edge of industry best practice and Google recognizes the effort designers go to cater for a mobile audience. A series of recent Google updates (including Caffeine, Panda and Penguin) have focused on the user experience. If someone uses a mobile phone to access a huge monolithic site designed for a PC, the chances are they aren't going to be even able to hit a link to go to the inner pages of that site. This level of frustration is now recognized by Google, and as a result slow, unresponsive designs that are difficult to manage through a handheld device place a website much lower in search engine results.

From the early days, one of the key problems Google isolated as an issue has always been duplicate content. Websites that contain exactly the same content are generally penalized, or at least one site - usually the newer site - will be placed further down the rankings than the older site that might have originally contained the content being copied. How does that work when you have two versions of the same site - one for PCs and another for mobile devices? Responsive websites designs are the ultimate workaround - there's only one site and one set of content that adapts to the device the user is using to view it. Obviously much easier for Google to manage, and they appreciate the effort!

Although there are considerable changes as far as SEO is concerned these days, especially in a "post-Panda" environment, the bottom line is if a website gets a lot of links, then it is probably going to do well in search engine results. So if you have separate sites for PCs and handhelds, where do the links go? And of course, there are still the old SEO staples - metatags, keywords, search engine friendly URLs, text labels on images, etc., etc. Two versions of the same site mean twice the work.

In the good old days the more links you had to your site dictated where it appeared in SERPs and, ultimately, how many people visited your site. These days Google has its own social network, it has its own mobile telephone OS (Android) and it has a host of tools including Google Analytics and Google Webmasters to indicate how many people are accessing a site, from where, and how - whether it is using a PC or a handheld device. These days a site's position in SERPs is reflected in the number of people who visit the site. And the modern Google is no longer just a central processor as it was before. Google has morphed into hundreds of sites all with a focus on specific countries and specific areas.

Of course, there is Google.com, but there is also Google.co.uk which, as you might imagine, has more of a United Kingdom orientation. Bizarrely though there's also Google.im - a Google search engine specifically for the Isle of Man, a small island off the coast of England with less than 85,000 inhabitants: http://en.wikipedia.org/wiki/Isle_of_Man. Look at these extensions in this list of Google sites: http://en.wikipedia.org/wiki/List_of_Google_domains. As you can see, Google is now a very local affair. So, if you are heading downtown in Singapore and you check out your favorite Singapore restaurant site to find out where to eat tonight, Google will know, and the site you use will get a higher ranking in Google.sg.