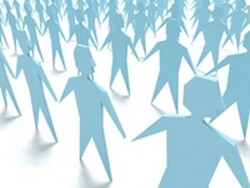 Remote working is not offered by enough companies. This is according to a survey conducted Forrester which concluded that a mere 13% of information workers believe their place of work encourages them to consider working remotely.

Whether you dub it freelance, contracting or outsourcing, working remotely is essentially a role performed outside of the company’s premises and the benefits can be lucrative if it’s adopted accurately.

Now, it's important to note that remote working is not an excuse to get rid of a co-worker you dislike, or an; however there are a number of other benefits.

Even within the building of a corporation, communication is often made through email, phone calls or instant messaging, meaning that anyone working off premises can still utilize all these technologies to keep in contact.

Taking a technological department into consideration, IT teams have a range of tools to enable staff to work while on the move, along with allowing them access to PC support through a number of devices.

Those Apple products, PC's and Androids you own have far more uses than just a solitaire console, so use them to your strengths and communicate and support your remote workers through these fantastically well-built models.

An example of a company maximising the potential here is Symantec, which released updated mobile security software, with a combined licensing agreement for the three hi-tech technologies previously mentioned.

Along with Symantec, Amtel has also released mobile device management services, built to support Apple software and Android devices, and fortunately it's free.

Now before you're employee has cleared that hilarious cartoon-calendar of their desk, make sure you're not mistaken in thinking that they're on their own from now on. By opting for remote work, you are going to need to support and back them from a number of business departments for this to benefit you both fully.

Keeping in touch with remote workers on a regular basis works for and benefits both sides of this partnership. While your remote worker doesn't want to feel apart from the company, you also don't want them to feel this, and you need to keep them motivated and working efficiently.

Without constant surveillance, which unfortunately is illegal, it's difficult to keep track of their work progress, therefore arousing suspicions of them being less productive. Training, integration and communication can be a great way of guaranteeing good work ethics.

In the same context, don't isolate the remote worker from the company premises. While they and their controversial calendar may be situated elsewhere, remote workers still need to touch base from time to time.

Invite them in regularly for updates, meetings and assessments in order to keep them integrated with the company. While their desk may be gone, a meeting room and a space in the department will benefit all. It is vital to remember they're not fugitives and still employees, vital employees at that.

So, assess your needs for remote workers, and if optimizing this form of employment is for you, then sufficiently consider how it will work for all parties involved. It is important to ensure that both sides of the working relationship are working for each other and that neither feels the situation is becoming a burden. Use your remote workers in the correct way and you can potentially benefit your company and the employee simultaneously.