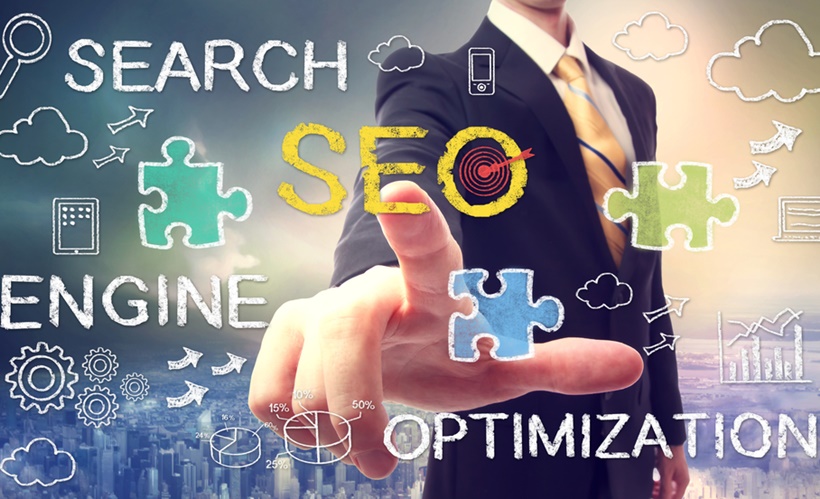 Virtual private network services, or VPNs, allow the user to create a new path for their online activities to connect to the Internet. Instead of directly connecting to the web, the VPN directs the traffic through one of their own servers before sending it on to the resource. The data is also encrypted in this process. When an end-user connects to the Internet in this way, they mask their identity, IP address and what they're accessing online. This functionality has a lot of use for people working in the search engine optimization field.

For people working on SEO projects for global clients, getting a good luck at the organic results and paid ads on search engines can be difficult. Since a VPN allows people to choose which country they're connecting from, they can do searches via the VPN to get a clear view of their competition for certain keywords. Being able to easily switch between countries makes it a lot easier to handle multiple clients, especially when they're geographically diverse.
Get Better Visibility into Domestic Search Results


The search results that Google shows a person is influenced by their search history, location and other markers that the search engine uses to identify an individual. This leads to problems with checking on rankings to see whether they made progress with their clients' sites. They get a skewed view that may not reflect the reality of most people searching for these keyword phrases. By masking the user's identity, the VPN service allows an SEO expert to remove the identity-based adjustments that Google makes.
They can report this information to their client and give them a plan to move their ranking up. Since they can see the competition and exactly how far they have to go, the SEO specialist can create a plan that best addresses the reality of their search engine ranking.
Protect Sensitive SEO Data


Effective SEO strategies and targeted keywords can be sensitive information. The client doesn't want their competition or another unauthorized entity to get their hands on this data. Since malware exists in many forms and hackers have sophisticated attack strategies these days, the SEO expert can take additional steps to protect this information when it's moving from their computer to the client. A VPN has strong encryption built into the system, so a hacker is unable to access useable information even if they intercepted the transmission.
Some VPN services, such as Surfshark VPN servers, block ads and protect the user against malware and phishing attempts automatically. That's one less thing for the person to worry about when they're working in such a demanding job.
Stay Safe on Public Wi-Fi

SEOs often enjoy the ability to work from home or other remote locations. If they're digital nomads and traveling around the world, or checking-in on work even when they're on vacation, they may use public WiFi internet connections. While these connections are convenient, they put the individual at a huge risk of having data stolen or systems compromised. If a hacker gets into the SEO expert's work computer, then all of their client information is at risk.
A VPN encrypts all of the traffic going from the person's computer through the VPN server, so they protect themselves if they need to work on public WiFi. Since they can use that resource without worrying, it also cuts down on the time that they would need to tether off of a mobile data connection. It's a huge cost savings since they just need to pay for some coffee or the day rate for a coworking space.


The VPN comes in handy when looking at the position of the Google Ads at various locations. Much like checking out local SEO results, using a VPN for paid ad placement is a way to see whether it's showing up in the position that the expert wants it to. They can see the geographic disparity as they move around servers. The information that they learn from this process can lead to a change in their SEO strategy and other improvements.


Sometimes an SEO expert is operating in a country that has a lot of geo-restricted content. This environment can make it difficult or impossible for them to access the tools they need for their job. The VPN gets around these limitations since the traffic appears like it's coming from a different country. For example, if an SEO expert was based in China, they could use the VPN to access resources that are blocked by the Great Firewall.

Many factors play into choosing the right VPN for SEO work. One of the most important features to look for is a variety of supported countries. When the VPN service has servers in many countries, then the SEO specialist doesn't have to worry about pulling up local listings for international clients. Another important consideration is the type of encryption that the service uses. Look for VPNs that have military-grade or bank-grade levels of encryption. It's practically impossible for anyone to beat these methods, as it takes far too many resources to try to work through the possible keys.
Other useful features include a kill switch that stops all Internet usage if the VPN connection goes down. None of the sensitive data leaks out with this functionality in place. Being able to white list certain websites is a convenient way to use a VPN even when the SEO specialist needs to access resources that don't support VPN traffic. Price is also a consideration. While free VPN services exist, an SEO expert may find them too limiting. Typical restrictions for free services include a small number of supported devices and connections, and a data cap. Premium services lift these limits or eliminate them entirely to make life easier for their users.
A VPN might not get mentioned often as an essential SEO tool, but the utility that specialists receive from it is priceless.