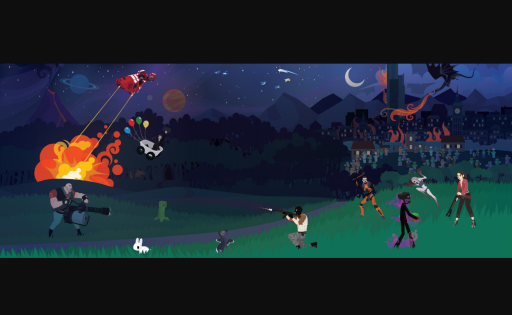 4 reviews of Nodecraft
Write Your Review

Havent tried their services nor will I ever
Their prices are ridiculously high for what they offer, there's plenty of hosts that provide what they are offering for an extremely lower rate. Look elsewhere.

Bad experience, errors, poor customer service
The server my account was on was broken and would not let me download the backups of my save game files. Several times it lost my save game file and I had to restore it from a backup, so I lost progress. I started backing up my saves after every play session but quickly ran out of room on the server.

So here I am stuck actually having to file a dispute with my credit card for like an unauthorized charge. Nodecraft confirmed I hadn't used the service since the unauthorized renewal. Honestly even some of the lamest companies I've worked with haven't treated me this bad.

Worst Support Ever (not exagerating)
Their system corrupted the Terraria map file, I had hosted with them, & the CSR either didn't know that, or has been coached to not own up to company errors, & instead said my world wouldn't launch, because it was too big for their small hosting package, even though they let me create the large world, on their small hosting package, via their dashboard, and it never used more resources than available and was stable for over a week, w/ ZERO issues related to resource capacity.
When it crashed, and wouldn't restart, I went directly to their CSR team because I'm paying them to manage this. The CSR didn't research any of the error codes, in the console. It took her less than a min to give me a link on their suggested server size for games and told me to make a new small world map to resolve the issue.

When I try to explain to her Terraria's low resource requirements & that the file is corrupted, & it has nothing to do with high resource costs, she terminates the chat.

When I go back into the customer service area to talk to someone else, she picks up my message again & again tells me there is nothing she can do about over using resources (which I didn't do), and completely ignores my attempts to explain to her, that their system has corrupted the map file so bad, that not even modding resources can do anything with it. I can't even transfer my data to a small map.

I then, to prove to her that Terraria doesn't use that much in resources, run my own server (one large/one small), both run right under 900mb. I share all this data with her, & still no response. She just ignored me.

About their trial.. you really can't do anything with the trial. I had to upgrade immediately to get access to DL the map file & reupload it to the server. After 7 days, they will not issue any refunds. I think today will make 8 days, which just adds to my growing suspicions, that their company is basically a scam.

Services Period: Active customer at the time of review. Customer since April, 2020

Finally, A Great Hosting Service!
This service is light years above the competition. They actually do what they claim. GameServerKings, SurvivalServers, etc. are not in the same league. I know as I have tried them.

Services Period: Active customer at the time of review. Customer since October, 2019