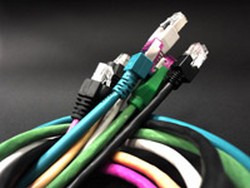 Virtual private server (VPS) technology offers significant cost savings for both hosting companies and end users of hosted services, as it provides the privacy and security of a dedicated server without the expense of reserving an entire server’s resources for one client’s use, allowing end users to enjoy the best of both worlds. VPS hosting services eliminate many of the problems associated with shared servers including system slowdowns caused by other users on the servers; the resources allocated to a particular subscriber are always reserved for their sole use. This reduces downtime, prevents unnecessary lags and improves the overall performance of the system. In order to improve VPS performance even more, there are a few tips and tricks that can optimize speed and performance for Linux and Windows VPS hosting subscribers.

Monitor performance
It may seem obvious, but subscribers should routinely track the speed and performance of applications hosted on the VPS in order to ensure optimal performance. At times, software conflicts can cause slowdowns; other causes for poor performance include hardware errors, lack of space and processing resources and bandwidth issues either at the source or en route to the end user. Finding these problems early can improve productivity and avoid unnecessary downtime that can occur if these problems remain unaddressed. In some cases, expanding the storage space available through the VPS host may be the best solution. The cost of expansion is typically less than the lost revenues incurred by companies who delay this move until they experience serious issues and downtime as a result.

Enhancing Apache Performance on VPS Servers
On Linux implementations, opting for dynamic module management over static, always resident web server module loading settings can improve overall performance throughout the VPS environment. Because dynamic module loading allows components to run only when they are actively needed, this setting uses less of the server’s resources and can provide improved speed and performance for other applications on the server. This can be especially important on servers that also run MySQL or other programs known to require a large proportion of available server resources. Additionally, by installing and maintaining only the core Apache functions and components and eliminating less useful elements, many companies can improve their overall VPS performance. Disabling some portions of Apache’s built-in functionality can also improve loading times and enhance the overall performance of the VPS system.
Managing MySQL’s Memory Usage
For companies that use the open source database system MySQL, optimizing the database implementation is a must in order to ensure faster page load times and improved performance from this high-resource platform. MySQL is often paired with Apache web server software. This combination may create significant slowdowns in lower resource VPS environments. By ensuring that the dynamic durability settings for MySQL are enabled, it is possible to speed up the processing power of the MySQL database. Additionally, reducing the key buffer size to the smallest practical percentage can also free up valuable system resources within the MySQL environment, boosting speed and performance for page loads and other applications. And in some cases you may even want to consider moving the database server onto a seperate server altogether.

Keep it Lean
Many VPS hosting providers offer an array of pre-installed applications as part of their initial implementation service. For companies that don’t need and don’t use these applications, removing them from the server can free up valuable space and provide a faster, more streamlined environment for vital applications and data storage needs. Streamlining Apache web server applications, MySQL database software and other components within the server environment can boost VPS performance while managing costs and space availability more efficiently, allowing companies to achieve higher productivity and enhanced revenues without spending a fortune in server storage space to do so.