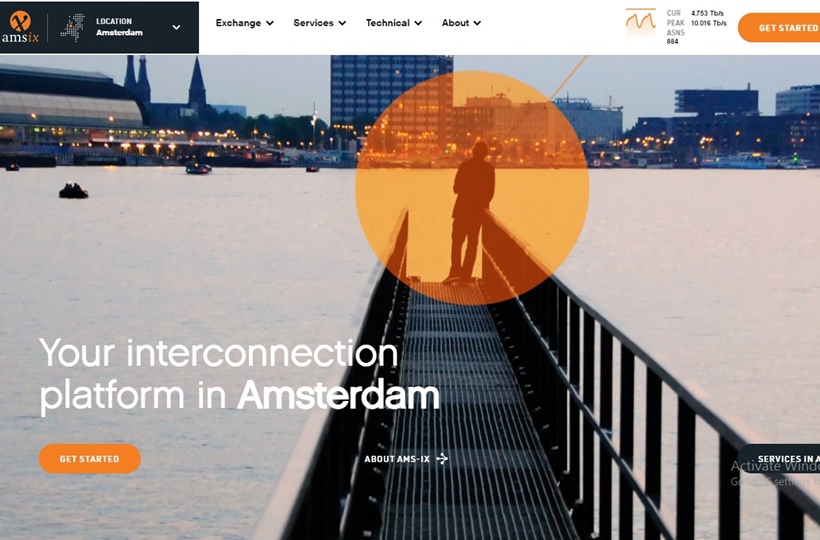 AMS-IX (Amsterdam Internet Exchange), one of the world’s largest Internet hubs, is expanding its data centre footprint in the Netherlands with two new locations. As of October, AMS-IX will add Points of Presence (PoP) in the data centres of Smartdc in Rotterdam and Greenhouse Data Centers in Naaldwijk, both located in the Rotterdam/The Hague area. It is the first time in the history of the organization that AMS-IX adds PoPs outside de Amsterdam metro area to the exchange in Amsterdam.

According to the governmental body of the Metropolitan Region of Rotterdam The Hague, these latest expansions of AMS-IX are a great stimulus for the establishment of tech and enterprise companies in the region. Through AMS-IX, companies have direct connections with a multitude of networks regionally and globally and can therefore guarantee high quality and efficiency of digital services to be delivered. Many applications benefit from this enhanced connectivity, including live streaming, provisioning of business software, online gaming, the delivery of video calling services, or just facilitating an efficient set-up of extensive company networks.

AMS-IX is one of the largest Internet exchanges in the world and has more than 875 networks connected to the exchange in Amsterdam, including companies like ebay, Akamai, Vodafone, T-Mobile, Tele2, Worldstream, Leaseweb, GoDaddy, i3D.net, and many more. The exchange in Amsterdam is hosted in fourteen data centres in and around Amsterdam. The data centres in South Holland will be the fifteenth and sixteenth physical locations of the node.

“The arrival of AMS-IX is of great importance for the growth of the economy in our region,” says Saskia Bruines, alderman for Economy in The Hague and also administrative leader of Digital Economy and 5G of the Metropolitan Region Rotterdam The Hague. “The Rotterdam The Hague Metropolitan Region is an attractive location for tech companies and has the ambition to host many more top-tier companies in the future. In addition to the establishment of AMS-IX, it also means speeding up the rollout of fiber optics and 5G.”

AMS-IX will start building the extension in South Holland this summer. “These should be ready in the fall,” says AMS-IX CEO Peter van Burgel. “These new locations are of great importance for our ambitions. The Rotterdam The Hague region has the potential to grow into a major tech hub, so it is important for us to have a presence here. Several large technology companies are already established in the Rotterdam The Hague region and there are no restrictions to facilitate rapid growth.”

“Smartdc pays close attention to optimizing its carrier ecosystem, offering an exceptional mix of in-house Tier-1 carriers and connectivity providers,” says Smartdc CEO Richard Boogaard. “With the expansion of a PoP from AMS-IX, Smartdc can offer a unique mix in terms of connectivity. At Smartdc, customers can directly pick up and connect local and international connections.”

“Greenhouse Datacenters is able to cost-effectively deliver lightning-fast, low-latency connections for customers’ hybrid IT ecosystem through telecom carriers, Internet exchanges, cloud and other connectivity providers,” says Guido Sip, Chief Commercial Officer of Greenhouse Datacenters. “Thanks to the establishment of this AMS-IX PoP in our data centers and the direct connection to the AMS-IX, our colocation customers now get a significant expansion of options to further optimize network costs and scalability for their hybrid IT environments regionally and internationally.”