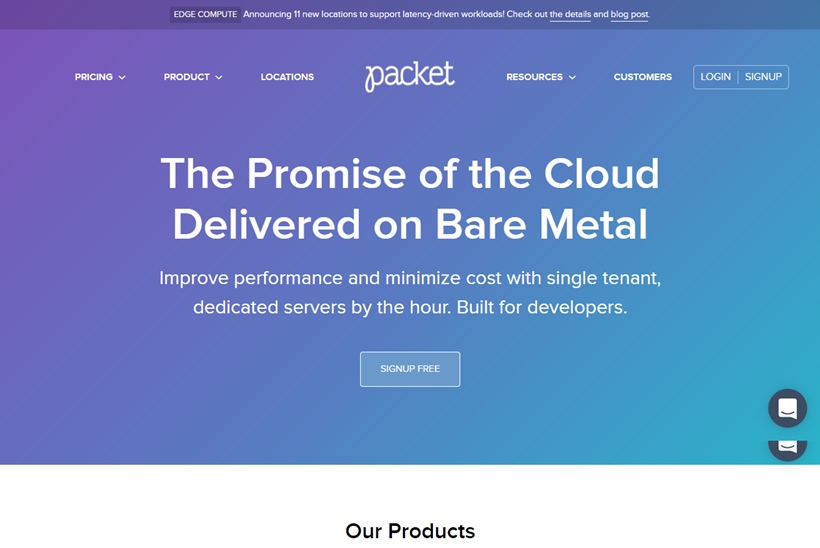 Bare metal cloud company Packet has announced the launch of a new edge compute service. Packet, which has headquarters in New York, United States, offers “the ultimate in performance, portability, and scalability for modern workloads”. The company’s range of offerings extend to cloud hosting, Infrastructure-as-a-Service (IaaS) and platform hosting. Still a startup, it is “is jumping on the edge networking train” with a new service that has 11 locations and is designed to appeal to developers that require “infrastructure without virtualization or multi-tenancy”.

“We’re going where the networks already exist,” explained Zackary Smith, the CEO of Packet. “The goal is to move the compute power closer to the developers. Edge compute will be finite and it will have limits. Multi-tenants make it hard to predict.”

Do you know of any other providers that are involved in ‘edge’ computing? Let us know the details. Add your comments below