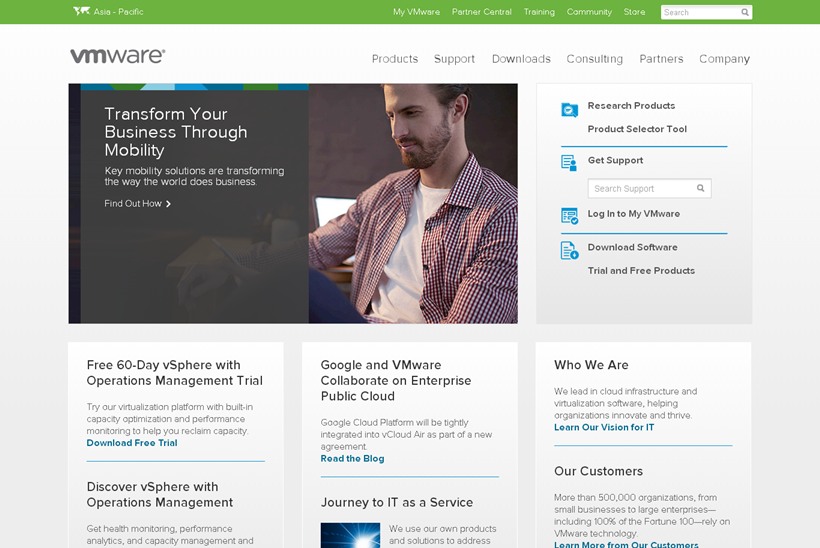 Cloud and virtualization software and services provider VMware is downsizing by losing 800 of its workforce. The company, which has headquarters in Palo Alto, California, United States, bills itself as offering virtualization services “from the data center to the cloud to mobile devices” which are designed to help its customers “be more agile, responsive, and profitable”. The news comes alongside the company’s decision to streamline the number of cloud services it offers and a move away from the public cloud.

The news came in VMware’s latest financial report which suggested that jobs will be lost in the first half of 2016 with reductions made in its vCloud Air, Fusion, and Workstation groups. The bulk of the layoffs will be in the EMEA region and VMware’s Burlington, Canada, and Colorado operations. Despite the news, the report went on to suggest that the company’s revenues grew 12% last year.

“VMware’s Q4 2015 was a solid finish to 2015," explained Pat Gelsinger, the Chief Executive Officer of VMware in the company’s latest financial report. “We were especially pleased with the growth across our portfolio of emerging products and businesses, including NSX, EndUser Computing and Virtual SAN. All of these businesses demonstrated strong growth in both Q4 and for the full year, underscoring the momentum we expect to continue into 2016.”

"Our Q4 and 2015 results met or exceeded our revenue and operating margin expectations for the quarter and the year," added VMware’s Chief Financial Officer Jonathan Chadwick. “We are seeing the results of our product transitions and have positive momentum with our newer solutions heading into 2016”.

What do you think about VMware’s financial performance? What does the future hold? Add your comments below.