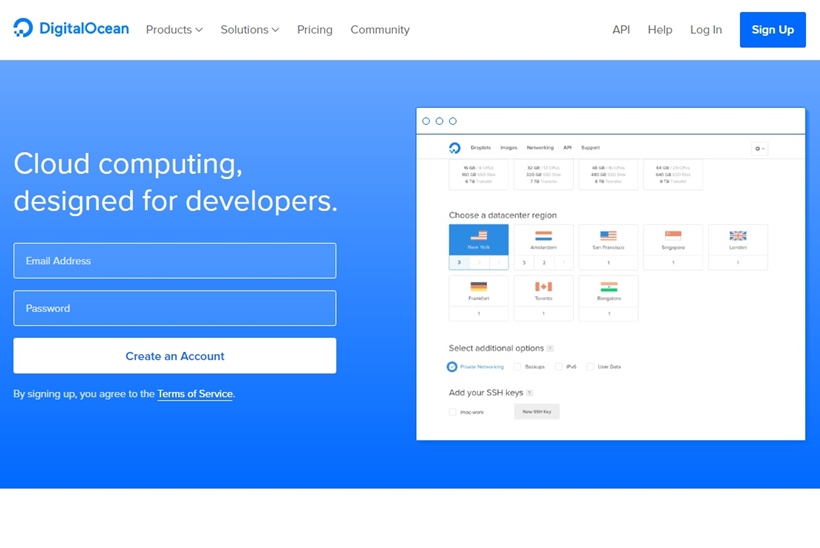 Cloud company DigitalOcean has been recognized as one of New York City’s most exciting startups. DigitalOcean, which has headquarters in New York, United States, was established in 2011. Recognized by Netcraft as being “the second largest and one of the fastest growing clouds platforms in the total number of public facing apps and websites”, the company prides itself on being a “dynamic, high-growth technology company that serves a passionate community of technologists”. It offers a range of services including cloud servers, virtual hosting, virtual servers and cloud infrastructure offerings.

The list of exciting startups was provided by ‘The Hundert’, a magazine based in Berlin, Germany that traditionally compiles lists of Europe's most exciting startups. This is the first year the company has focused on New York City. The list was decided by 40 judges that included Henry Blodget, an American businessman, investor, and writer for Business Insider. DigitalOcean was recognized for its ability to simplify the cloud infrastructure through a “simple and robust” platform that has been designed with developers in mind.

“It’s an honor to be named one of the most exciting startups in NYC,” explained DigitalOcean’s CEO and co-founder, Ben Uretsky. “From our humble beginnings with five co-founders starting in 2011 to becoming the #1 cloud for developers in a short 5 years, it has been an incredible journey. I’m proud of all that our teams have been able to accomplish and look forward to a very exciting 2017 with multiple products and features coming to market.”

Do you know of any other companies recognized with awards? Let us know the details. Add your comments below.