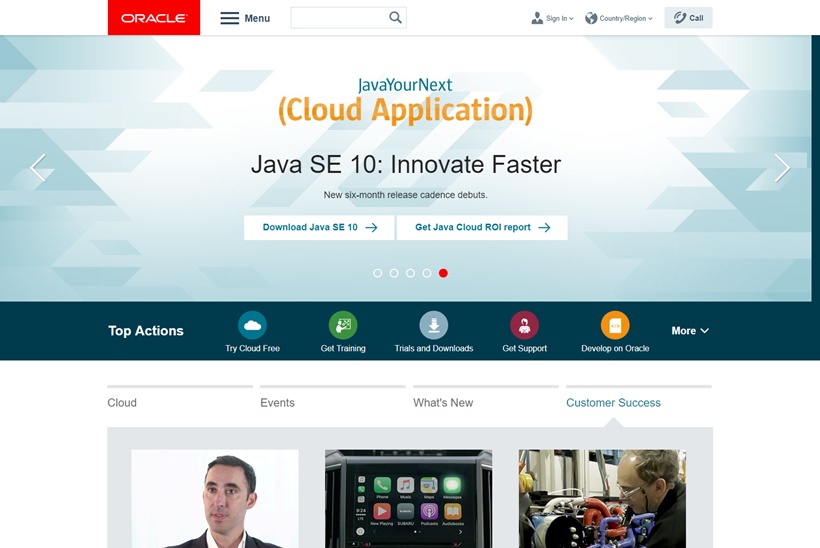 Cloud company Oracle is to migrate around 4,000 ‘on-premise’ customers in the Middle East and Africa (MEA) to the company’s cloud platform. The transition will primarily be made through an Oracle facility in South Africa.

Oracle’s plans were announced recently and will take the company at least two years to achieve their goal. Approximately 1,000 of the 4,000 customers mentioned can be moved within 2019, they suggested.

Oracle will open a data center in Saudi Arabia (again before the end of 2019) but it is unclear if this facility will be used to help the migration. The new facility will come on the heels of the company’s recent opening of a new center in Abu Dhabi, United Arab Emirates (UAE) that will foster the adoption of Oracle’s Cloud platform.

Oracle, which has global headquarters in Redwood Shores, California, United States, was established in 1977 and is one of the Internet’s pioneering companies. Oracle’s services span “intelligent business apps to infrastructure” and the company prides itself in offering innovative technologies “like the world’s first - and only - autonomous database”. Its wealth of services and options include ERP and ‘CRM On Demand’ options. Additionally, the company offers server and storage systems alongside solutions for the communications industry.

Do you know of any other companies migrating customers to the cloud? Let us know the details. Add your comments below.