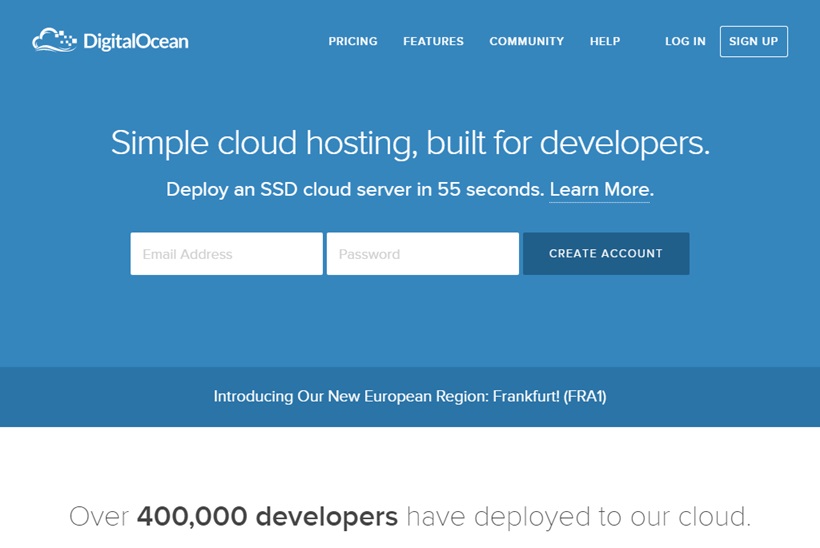 Cloud computing provider DigitalOcean has received $130 million in investment with a view to adding features and functionality to its cloud infrastructure. DigitalOcean, which was established in 2011, has headquarters in New York City, United States. The company offers a range of products designed to make web infrastructure as simple as possible for software developers to manage. The funding was received from a group of investors led by venture capital firm Andreessen Horowitz.

DigitalOcean’s approach to the cloud has won favour with developers and brought the company customers from competitor’s like Amazon Web Services (AWS), Microsoft Azure and Google Cloud Platform. The company offers Virtual Private Servers (VPS) which it calls “Droplets” that offer computing power and memory with fewer features than other providers’ services, but increased simplicity.

DigitalOcean has grown from around 250,000 to 700,000 users in two years and these customers have generated around 13 million Droplets, "We are delighted with the outcome of our credit facility,” explained DigitalOcean’s Chief Financial Officer Brian Cohen in a company press release. “It complements the $83 million Series B equity financing that we closed in June 2015 and our strong cash flows and balance sheet in pursuing long-term growth opportunities."

"These financing transactions contribute to our goal of building the next generation cloud for software developers," added DigitalOcean’s CEO Ben Uretsky. "We'll be releasing new products and features in the upcoming months that will enable larger production environments to scale on our cloud infrastructure."

Do you know of any other companies winning additional investment? Let us know the details. Add your comments below.