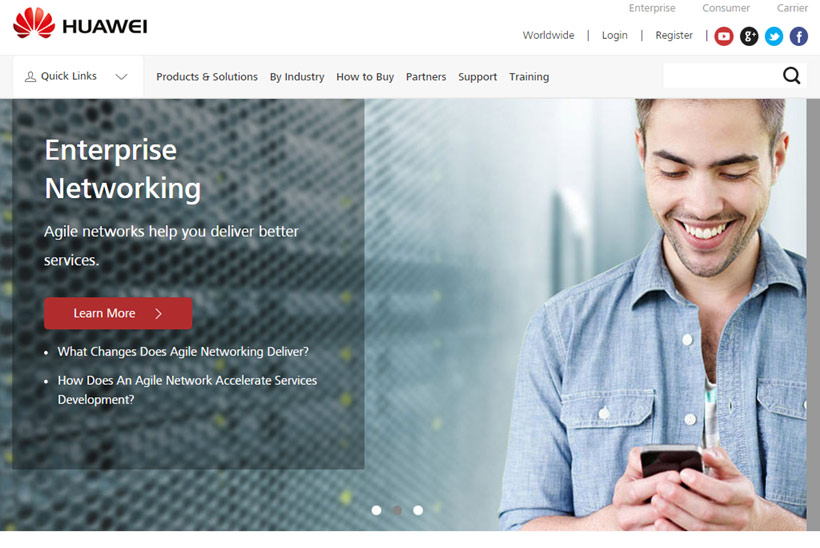 Cloud computing will help drive Huawei's 2014 revenue to $46 billion, the company has announced. The Shenzhen, China-based company, more traditionally recognized as being a budget to middle-end smartphone and telecommunications hardware producer, made the announcement on its website in an end-of-year message written by Ken Hu, one of three executives who share the company's CEO position on a six monthly rotation. The site also gave a target of $70 billion in annual revenue by 2018, representing growth of around 10% per year.

Although Huawei’s 2014 smartphone output was 75 million (an increase of 40%) this failed to reach its own internal target of 80 million units. However, the company's cloud strategy had benefitted substantially from partnerships with SAP and Accenture. Huawei now has 480 data centers globally, 160 of which are cloud data centers.

The company supports a range of Open Source projects and its cloud solutions include the Huawei FusionCloud which supports "vertical and horizontal integration of architectures, a variety of terminals, and data". According to the company, the solution enables companies and data centers to "simplify their IT infrastructures and build business value".

Do you know of any other companies increasing profits in 2014? Let us know the details. Add your comments below.