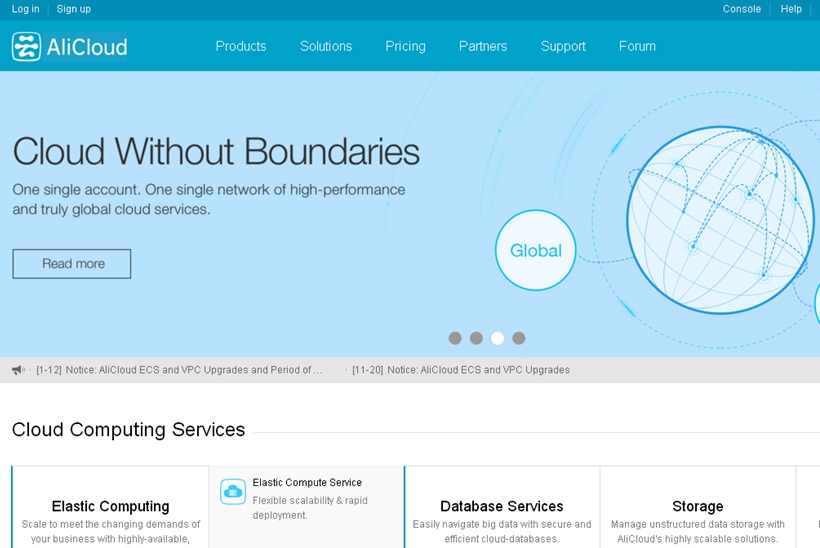 A news item in the ‘Channel News’ website suggests that Alibaba is gearing up to offer cloud services in Australia and New Zealand. The Alibaba Group is China’s leading ecommerce company and is making headway in the global cloud services arena. Established in 2009, Alibaba Cloud (also known as Aliyun) is the group’s cloud computing arm with headquarters in Hangzhou, China. The company offers a range of cloud services including ‘Big Data’ options.

Alibaba Cloud has just launched a new cloud data center in Dubai, United Arab Emirates with other facilities planned for Japan, Germany and Australia that will open before the close of the year. This will bring the company’s total number of data centers outside China to eight. The Alibaba Group launched operations in Australia earlier in 2016.

According to Channel News’ article, Alibaba “appears to be planning a major expansion of its cloud services into the Australian market”. A media event has been planned in Sydney which takes place tomorrow (Monday, November 28, 2016) and some of the company’s key executives will be attendance. The event is designed to “outline the strategic direction for Alibaba Cloud in Australia”.

“Extending its global footprint in the Asia-Pacific, Alibaba Cloud will open a new data center in Sydney, Australia by the end of 2016,” explained a recent Alibaba Cloud press release. “Alibaba Cloud will bring its most popular cloud services in data storage and processing services, enterprise-level middleware, and cloud security services to the Australian market. A dedicated team will be based in Australia, and build up a cloud ecosystem with local technology partners to drive cloud and big-data business in the region”.

Do you know of any other companies moving into the Australian and New Zealand markets? Let us know the details. Add your comments below.