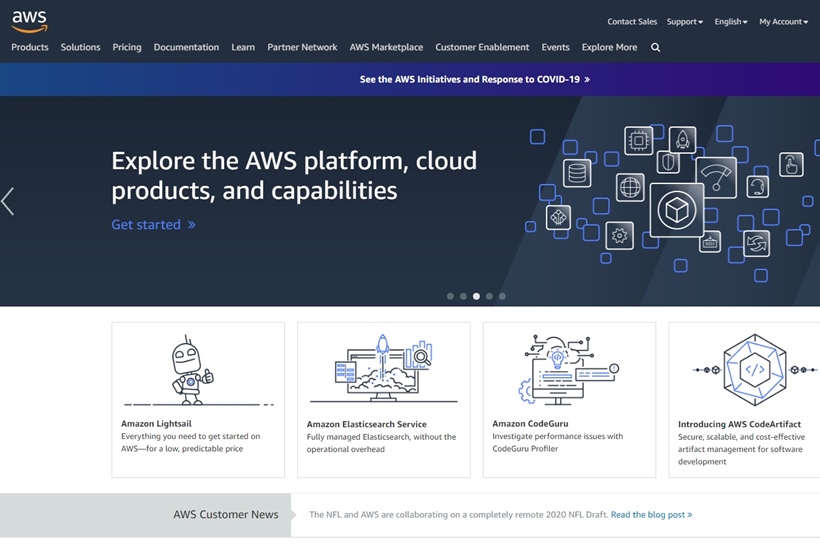 Cloud giant Amazon Web Services (AWS) has won a major UK government contract. Established in 2006, AWS is the cloud arm of the Amazon Group. The company has headquarters in Seattle, Washington, United States. Competing with services like Microsoft Azure, Google Cloud Platform (GCP), IBM Cloud and Rackspace, AWS is the leader in the cloud arena. Its options include compute, storage, security and Internet of Things (IoT) services. AWS was awarded its latest contract by the UK government's ‘Cabinet Office’. Financial aspects of the deal have yet to be released.

AWS is contracted to manage the first stage of the ‘Crown Marketplace’ - a portal that is being built by ‘The Dextrous Web’, a London-based digital solutions agency. The portal will offer UK government departments and local councils online access to a range of products and services. AWS will provide the infrastructure for the initial stages of the portal, but given it is providing the framework for the solution it is highly likely they will be well positioned to receive contracts in the subsequent stages of the project. This has upset smaller providers who believe barriers exist to them being awarded UK government contracts.

News of AWS winning the contract comes in the wake of the company winning government contracts to the value of £16 million ($20 million) in 2017. This has prompted calls for fairer allocation of funds related to UK government cloud activity. Both The Dextrous Web and the UK’s ‘Crown Commercial Service’ (CCS) - a Cabinet Office body involved in procurement - concurred that AWS best meets the project’s requirements. A statement on the CCS’ website suggested, “The Crown Commercial Service technology programme involves many different services, partners and activities. As a G-Cloud provider, Amazon Web Services (AWS) was engaged to provide just one part of that programme - its hosting services. Other suppliers have and will continue to be contacted to support the Government as the programme progresses.”

Do you know of any other companies winning new contracts? Let us know the details. Add your comments below.