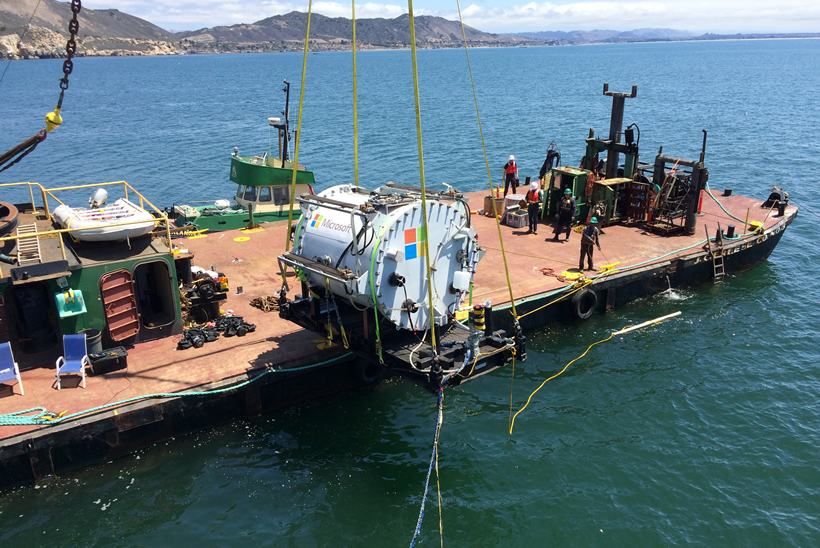 Cloud giant Microsoft is reportedly looking at developing undersea data centers. The company, which has headquarters in Redmond, Washington, United States, has been in existence since 1985. It is renowned for its Microsoft Office software and its Windows operating system, but has refocused its activity on the cloud with the introduction of its Azure cloud solution and its launch of solutions like Office365. The aim of such a data center would be to reduce latency for customers living near oceans.

Microsoft began work on its project in 2014 and has designed and built the data center itself. Called Project Natick, Microsoft’s project has been deemed a success but is very much an experiment and at present doesn’t provide the company with the data it needs to determine whether undersea data centers are practical enough to be pursued. A prototype operated on the seafloor from August to November 2015. With the greater part of the world’s population living in coastal region, submerged data centers certainly would certainly make sense.

“I had no idea how receptive people would be to the idea. It’s blown me away,” explained Sean James, who served in the Navy for three years on submarines and originally submitted a paper to Microsoft detailing the potential of undersea data centers. “What helped me bridge the gap between data centers and underwater is that I’d seen how you can put sophisticated electronics under water, and keep it shielded from salt water. It goes through a very rigorous testing and design process. So I knew there was a way to do that.” He added “When I see all of that, I see a real opportunity that this could work. In my experience the trick to innovating is not coming up with something brand new, but connecting things we’ve never connected before, pairing different technology together.”

What do you think of the prospect of undersea data centers? Let us know your thoughts. Add your comments below.