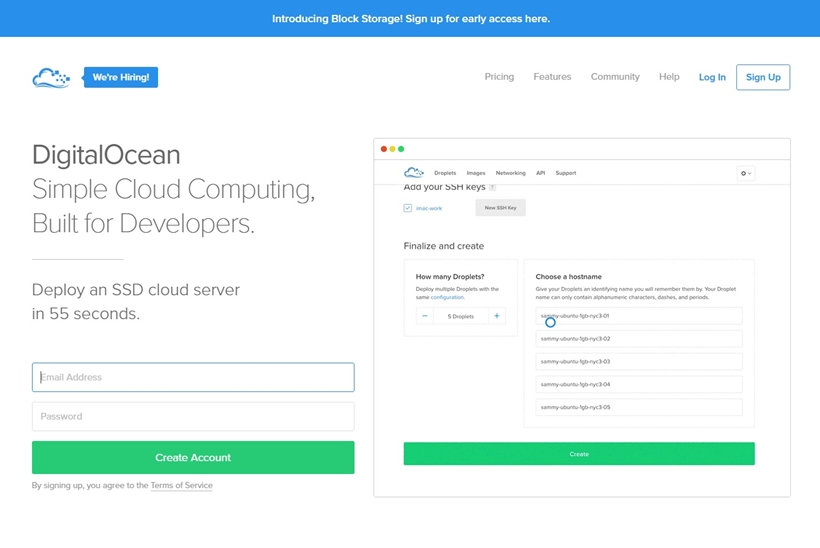 Cloud infrastructure provider DigitalOcean has announced the launch of a new data center in Bangalore, India. DigitalOcean, which has global headquarters in New York, United States, was established in 2011. The company provides a range of cloud services offering an infrastructure that is particularly popular with “millions of developers around the world”. It offers Solid State Drive (SSD) cloud servers that can be scaled to meet its customers’ requirements. As with its offerings elsewhere, DigitalOcean will offer a single pricing plan for those available in Bangalore - its SSD based cloud options start at only $5 per month.

Thousands of startups launch in India annually and the country currently predicts having 5 million developers by the year 2018. This makes it an ideal environment for cloud services. DigitalOcean is partnering with NASSCOM’s 10,000 Startups initiative and has engaged a team that will operate locally. Bangalore now sits alongside DigitalOcean’s other facilities in Amsterdam, Frankfurt, London, New York, San Francisco, Singapore and Toronto.

“India is poised to unleash a tremendous amount of innovation in the next decade,” explained DigitalOcean’s co-founder and CEO, Ben Uretsky. “We want to empower the next generation of software companies by providing them robust and easy to use cloud infrastructure they need to grow.”

Do you know of any other companies launching data centers in India? Let us know the details. Add your comments below.