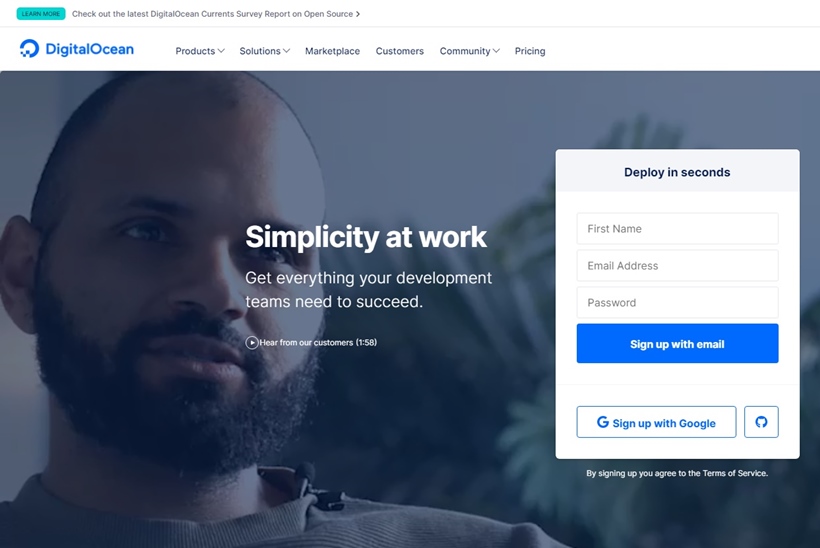 Cloud provider DigitalOcean has embarked on an Initial Public Offering (IPO). New York-based DigitalOcean, which also has a presence in Cambridge, Massachusetts, was established in 2012. Aside from cloud options its suite of service range from more traditional web hosting to virtual servers and virtual hosting. Under the ticker symbol ‘DOCN’, the IPO began at the New York Stock Exchange. Managed by Morgan Stanley, Goldman Sachs & Co. LLC, and J.P. Morgan, the company sold 16.5 million shares for $47 per share and reported raising over $775 million as a result of the move. It is expected to be completed on March 26, 2021.

DigitalOcean joins AWS, Google, Azure, Alibaba, and Tencent as hyperscale cloud providers who have entered the stock exchange. However, whereas DigitalOcean’s IPO gives it direct entry to the stock market, other providers are listed because they are parts of bigger organizations.

DigitalOcean’s cloud platform caters to around 570,000 customers in 185 countries. Despite strong customer numbers and revenue growth, the company never turned a profit. Although it generated $318 million in revenue in 2020, it suffered a net loss of $44 million.

DigitalOcean prides itself on simplifying cloud computing and allowing developers and businesses to “spend more time building software that changes the world”. As a result, the company has gained favor with small businesses and startups.

The company is, therefore, hopeful the 14 million small and medium-sized businesses formed each year will want to benefit from its offerings. “These individuals are able to leverage simple and reliable development tools and the widespread availability and significantly lower upfront cost of cloud computing to start companies,” the company explained in a press release.

Do you know of any other companies embarking on IPOs? Let us know the details. Add your comments below.