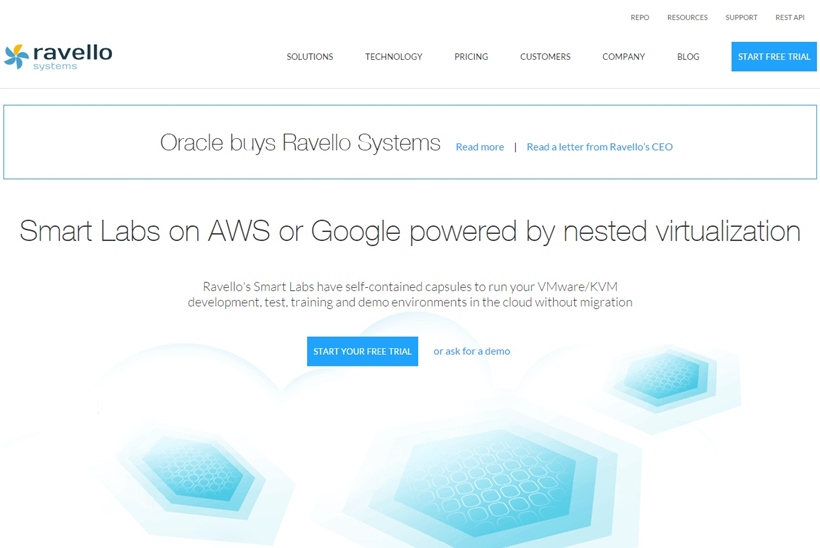 Computer technology corporation Oracle has bought cloud computing company Ravello Systems (Ravello). Oracle, which was established in 1977, has headquarters in Redwood City, California, United States. The company provides integrated cloud applications and platform services including enterprise resources planning software and the Oracle E-Business Suite (designed for SMBs and larger enterprises). The cost of the acquisition has been estimated at being around half a billion dollars.

Ravello, which was founded by Israelis Rami Tamir (the company’s CEO) and Benny Schnaider, has headquarters in Palo Alto, California, United States and offices in Ra'anana, Israel. The company employs 60 people, 40 of which are in Israel. Its products enable users to operate applications in public clouds without recoding or modification. The acquisition has led to speculation Oracle will establish a research and development center in Israel.

To date Ravello has received $54 million in investment. The company’s most recent investment was $28 million from investors that included Qualcomm Ventures and SanDisk Ventures. Rami Tamir and Benny Schnaider previously owned Qumranet which they sold to Red Hat in 2008, receiving $115 million. They also helped establish Pentacom which was sold to Cisco Systems for $118 million in 2000.