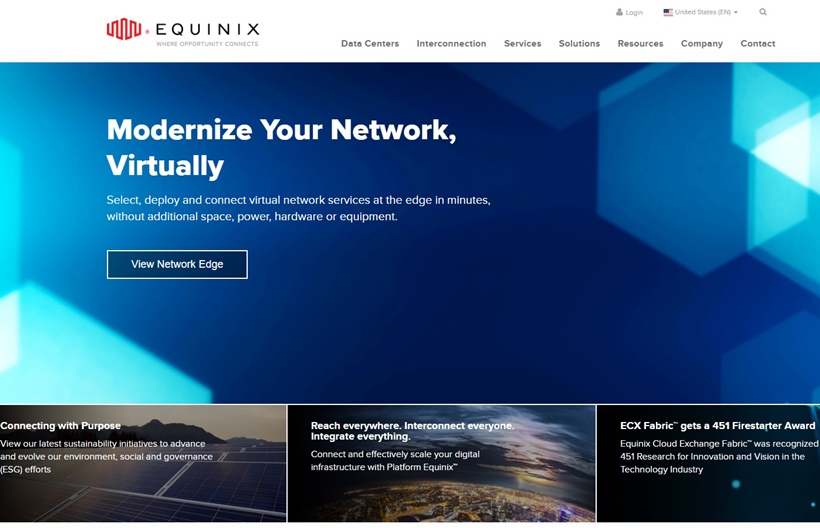 Numerous press reports have suggested that data center company Equinix Inc. (Equinix) is poised to acquire the data centers facilities of Mexican company Axtel SAB (Axtel). Redwood City, California-based Equinix supports its customers with services that enhance their cloud and IT strategies. The company operates a global network of carrier-neutral facilities through which it offers services such as colocation, data security services and a range of cloud options. It was in the news earlier this year for launching a new data center in Australia. Before this, the company opened a center in Seoul, the South Korean capital. The deal is reported to be worth in the region of $200 million.

Axtel, which has global headquarters in San Pedro Garza García, Nuevo León, Mexico, was founded in 1994. The company’s information and communication technology services cover a broad range of areas. Its telecommunications brand Alestra serves all sectors including business and government, while its Axtel brand addresses the needs of residential and small business services. With eight thousand employees in 50 cities around Mexico, Axtel has received several industry certifications, including ISO 9001, Standard for Excellence in Contact Centers (NECC), and CISCO Gold Partner. The deal will enhance Equinix’s position in Mexico and give the company a firm base in the country.

The move underscores Equinix’s aggressive global expansion plans. The company most recently acquired a Dutch data center company earlier this year in a deal that cost 30 million euros ($34 million). As it doesn’t have data centers in Mexico, but does have facilities in Brazil and Colombia, the deal makes sense for a company intent on expansion in South America. No official announcement has been made regarding the acquisition as of yet so there is an outside chance for it to fall through.

Do you know of any other companies closing in on deals? Let us know the details. Add your comments below.