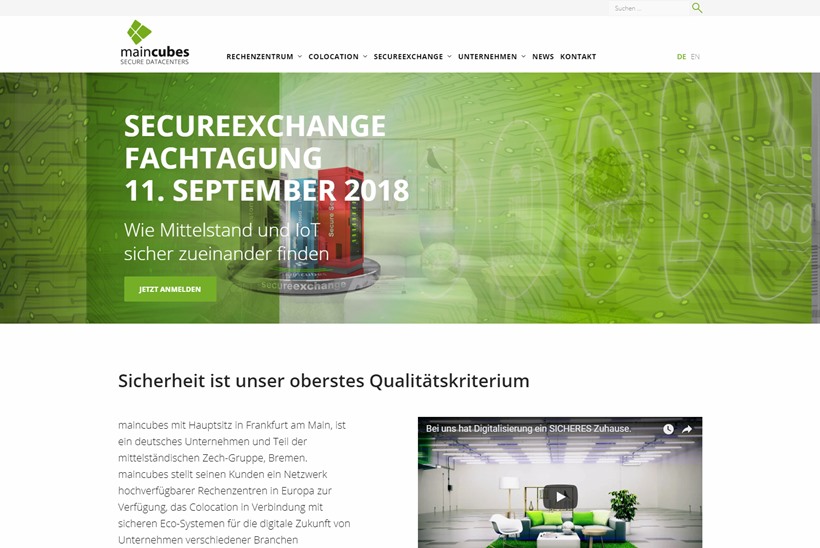 Data center company maincubes has opened a facility in Amsterdam, Netherlands. maincubes, which has headquarters in Frankfurt am Main, Hessen, Germany, was established in 2012. A Zech Group company, it operates a network of European data centers and offers the ‘secureexchange Platform’ to provide the cloud services and connectivity its customers need to grow their businesses. These services include IT Infrastructure, colocation, and IT security options. maincubes’ Amsterdam data center is known as ‘AMS01’.

Located in Schiphol-Rijk in the same area as Amsterdam Schiphol Airport, AMS01 is maincubes’ first facility in the Netherlands and will provide colocation services. The facility was originally owned by British enterprise cloud and network infrastructure provider Interoute and will officially open September 20, 2018. The center has been “completely modernized and prepared for the data center challenges of the future”. With its original center (another collocation facility) in Frankfurt, Germany, AMS01 is maincubes’ second data center.

“I am very proud of the two data centers that maincubes has built and renovated in a relatively short time,” explained maincubes’ CEO, Oliver Menzel. “With our data centers, working methods and strategy, we are meeting an important need in the German and Dutch markets. Customers like to do business with a data center company that speaks the same language, is located at an A-location and in specific cases at A-locations in the Netherlands and Germany, is flexible and delivers what the customer asks and also makes the highest demands on all forms of security.”