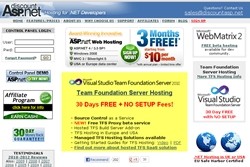 July 24, 2012 – (HOSTSEARCH.COM) – DiscountASP.NET has released support for node.js on their Windows 2008 hosting platform following customer requests for the service.

The beta support will be supplied by the innovators in Windows Server hosting, for the server-side javaScript implementation on the software which was launched on Windows in November 2011.

Node.js enables developers to write client side along with a server side code in javaScript and has become increasingly popular in recent years, with 2011 seeing Microsoft announce they were working with Joynet to deploy it.

Takeshi Eto, VP Marketing and Business Development at DiscountASP.NET, commented on the implementation of support for node.js. He said; "In keeping with our mission to empower developers, we are happy to announce node.js support in our Windows hosting environment."

"We offered node.js support in our recent WebMatrix 2.0 beta labs sandbox and have received requests for making node.js generally available in our web hosting service."