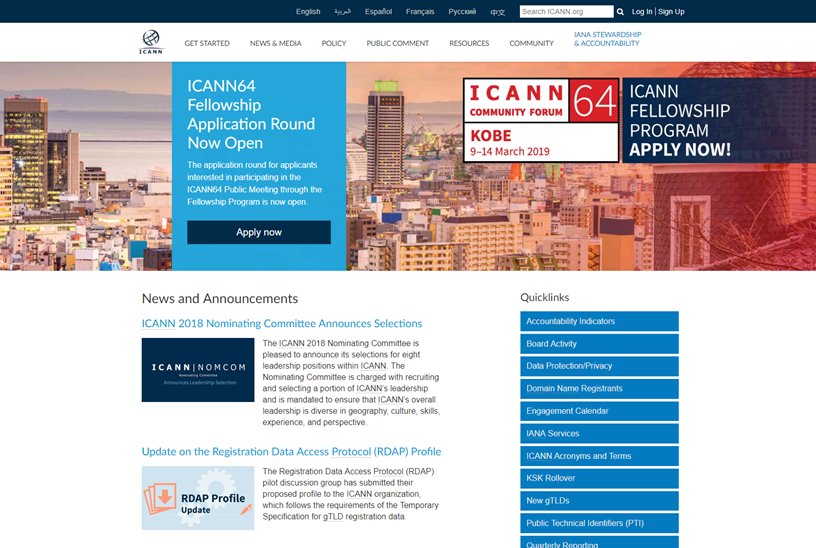 Domain authority ‘Internet Corporation for Assigned Names and Numbers’ (ICAAN) is looking into allowing domain names to be registered in a number of Indian scripts. ICANN, which has headquarters in Los Angeles, California, United States, is responsible for managing global Internet Protocol (IP) numbers and the domain name system. A nonprofit organization established in 1998, over the years it has permitted Internationalized Domain Names (IDNs) to be registered in a number of local languages. These include Arabic, Chinese, and languages like Thai. Three Indian scripts - Devanagari, Gurmukhi and Gujarati - are being considered.

ICANN has set up a panel known as the ‘Neo-Brahmi Generation Panel’ (NBGP) to consider the issue of establishing Top Level Domains (TLDs) such as ‘.com’, ‘.net’, and Indian national suffix ‘.in’ in the three scripts. The move was enabled by the unfreezing of ‘Label Generation Rules for the Root Zone’ (RZ-LGR) standards. The only current Indian script domain available utilizes the ‘.bharat’ suffix.

Do you know of any other domain names extensions being considered? Let us know the details. Add your comments below.