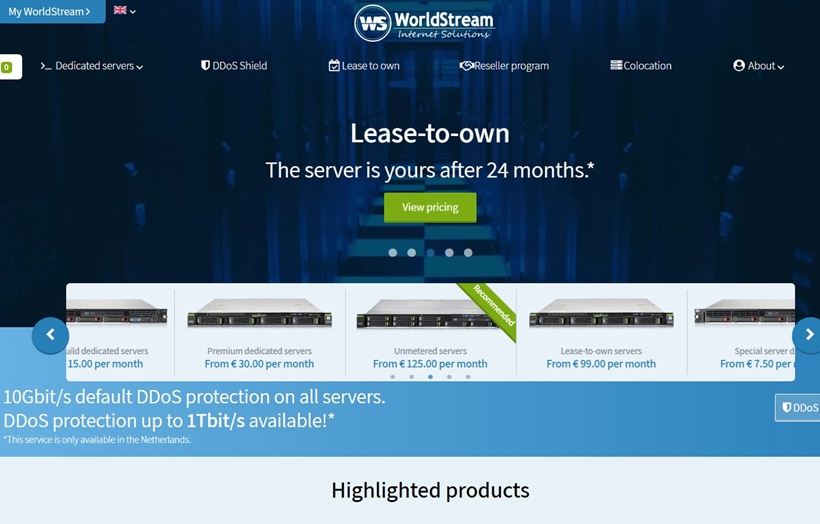 Infrastructure-as-a-Service (IaaS) hosting provider hosting provider WorldStream B.V. (WorldStream) has announced it is boosting its Research and Development (R&D) capability with the on-boarding of new employees. Headquartered in Naaldwijk, Netherlands, the company has a global customer base extending across the United States and Europe, and reaching as far as China. Established in 2006, alongside IaaS options it provides colocation, dedicated servers and DDoS mitigation services. The company was in the news in June of this year for expanding one of its two company-owned data centers in the Netherlands. WorldStream is expanding its R&D staffing from 3 employees to 10 employees in “just a few months time”.

WorldStream’s move is intended to support its Distributed Denial of Service (DDoS) traffic scrubbing center known as ‘WorldStream DDoS Shield’. The company’s current team ‘custom-developed’ the DDoS solution in-house to address the needs of its customers which include “enterprises, SMBs, cloud service providers, managed hosting providers, system integrators and more”. The move will also help support its “website with dedicated server offerings, and its global network backbone” which has 10Tbps of bandwidth available and grew “fivefold between August 2017 and March 2019”. The growth in volume the company is dealing with has spurred the need for the company’s R&D team to “develop and deploy advanced cluster-based DDoS mitigation techniques” which will be available in the near future.

“Supported by more than 3 million euros in investments, the smart design and tremendous bandwidth volume in our global network backbone has already attracted thousands of IaaS hosting customers from all over the world, of which many with demanding hosting requirements,” explained WorldStream’s Network Director, Tim Vollebregt. “Since August 2017 our network utilization has grown from 1Tbps to 5Tbps, with currently 10Tbps available to support high-scaling needs of clients and to handle traffic spikes for broadcasters and cloud service providers alike,” he added. “Our bandwidth volume and DDoS protection capabilities are now easily able to withstand the largest international DDoS attacks of 350Gb/s and higher, but we need to keep pace with increased sophistication of cyber threats and evolving network security requirements. That’s why we have to keep investing in expanding our R&D department and further developing our DDoS mitigation techniques.”

Do you know of any other companies bringing on new staff? Let us know the details. Add your comments below.