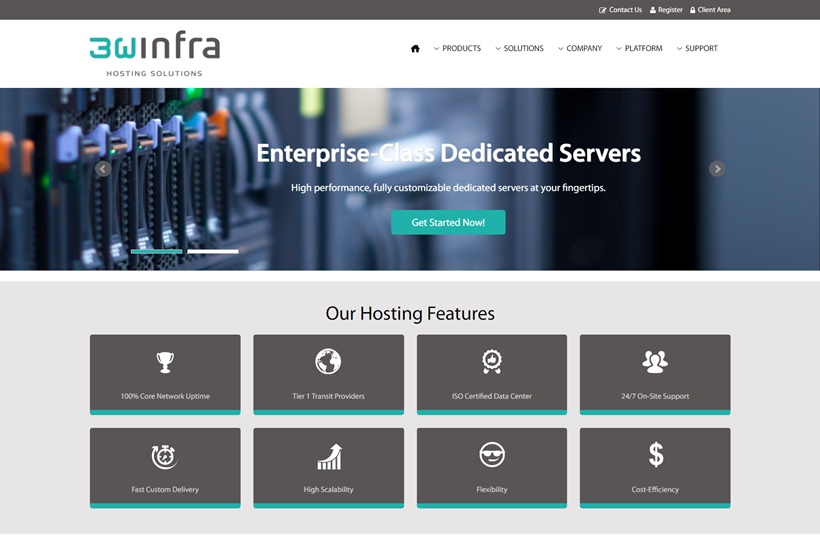 Available through its Amsterdam data center, 3W Infra’s latest full-featured dedicated servers offer CPUs, RAM and network bandwidth, but come without hard disks. The initiative was based on a poll of customers worldwide (including companies from Taiwan, Hong Kong, France and India) that suggested the need for flexible storage infrastructure. This spurred the concept of ‘Bring-Your-Own-Drive’. The servers can access 3W Infra’s 160Gbps global network and “redundant, low-latency network paths via Internet exchanges and Tier 1 backbone providers”.

“Storage plays an increasingly central role in the business model of cloud service providers and other virtualization-focused companies operating within the hosting industry,” explained 3W Infra’s CEO and founder Murat Bayhan. “For companies that are reselling our IaaS hosting services it means that hard disk drives including high-capacity SSDs have become a distinctive feature of their market offerings. It also means that significant parts of their margins may come from storage equipment if they invest in it themselves. The ‘bring-your-own-drive’ dedicated server package launched today will offer our reseller hosting partners the opportunity to significantly enhance their margins.”

Do you know of any other companies introducing new services? Let us know the details. Add your comments below.