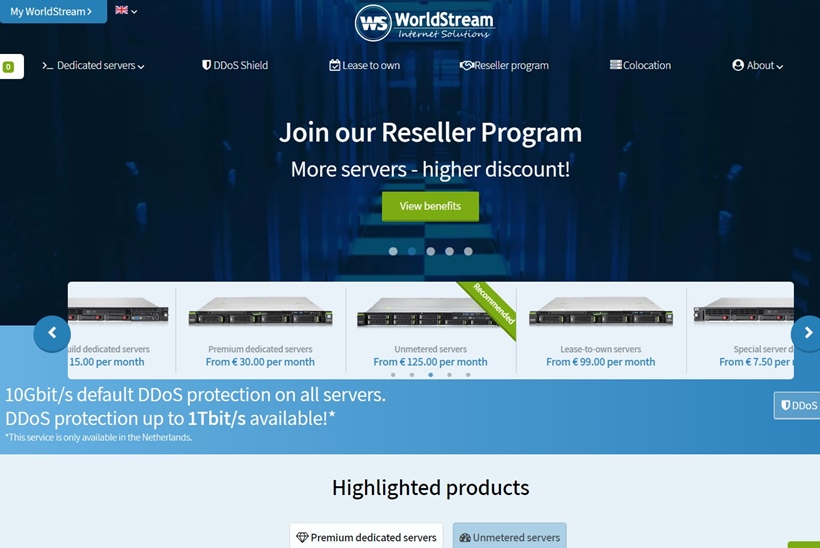 Dutch web host WorldStream B.V. (WorldStream) has promoted six team members to the role of company director. With headquarters in Naaldwijk, Netherlands, WorldStream specializes in a range of hosting areas including Infrastructure-as-a-Service (IaaS), colocation and dedicated servers. The company also offers DDoS mitigation services. Established in 2006, WorldStream has customers in China, Europe, and the United States, and has experienced 800% growth over the last 5 years. The company was in the news recently for achieving PCI DSS certification. Its revamped executive team is intended to support projected global growth.

WorldStream manages more than 15,000 dedicated servers connected by a global network that offers 10Tbps of bandwidth. The company’s ongoing growth and increased customer interest have forced it to “revamp in its management lineup”. This growth is exemplified by a year-on-year 40% increase in clientele that includes “MSPs, CSPs, broadcasters, system integrators, enterprises and governments.” With such growth, WorldStream is “getting too big for the company’s current leadership to monitor and manage”. The revamp includes Wouter van Zwieten, who moves into the role of ‘Planning & Control Director”; Nick de Jong, who becomes the company’s ‘Sales Director’; Tom van Dijk, the new ‘Quality Director’; Tim Vollebregt, who is now ‘Network Director’; Patrick Kuijvenhoven, who becomes ‘Development Director’, and Lars Kleijn, who is now ‘Support Director’.

“I’m energized to have this world-class executive leadership team in place to accelerate our strategic goals of innovation and global expansion,” explained WorldStream’s co-founder and CEO, Lennert Vollebregt. “As we operate in the business of IaaS hosting solutions, accelerated further growth of our company is important to enhance scale thus maintaining WorldStream’s competitive price quality ratio and strengthening our global competitiveness. Promoting these existing employees to the executive leadership team, instead of hiring executives from outside will add to the positive vibe already established in the organization. It is also a signal to existing and new employees. With the right capabilities and attitude, there are lots of career opportunities ahead within the WorldStream organization.”

Do you know of any other companies revamping its executive team? Let us know the details. Add your comments below.