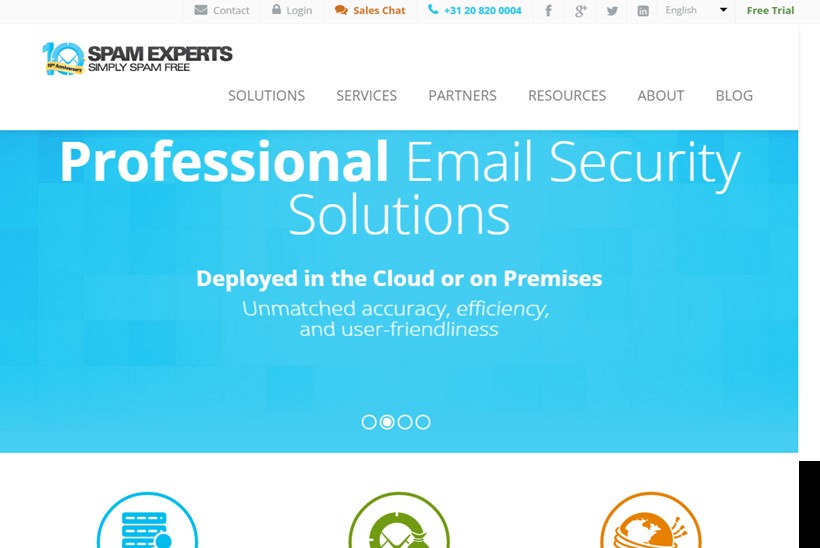 Email security company SpamExperts B.V. (SpamExperts) has moved its Bucharest, Romania office to a new location. SpamExperts, which has headquarters in Amsterdam, Netherlands, was established in 2005. The company, which specializes in offering email security solutions to shared web hosts and organizations such as ISPs and telecommunications companies, manages a comprehensive network of resellers and distributors. Its inbound and outbound email filtering is complemented by services that include email archiving options and each of its services can either be run on the company’s proprietary ‘Hosted Cloud’ or its customers' virtual clouds. The company is moving into “new and highly improved office space in Bucharest”.

SpamExperts’ growth has meant that it has had to move locations three times since it setup office space in the Bucharest. Each move has been required as a result of employing additional staff. It’s last Bucharest premises were in the city’s University Square area, but the company has now moved to Victory Square in central Bucharest. SpamExperts’ new office space will accommodate around 100 people including its IT, sales, operations, support, developers, system administrators and marketing specialists. The company is currently involved in recruiting new members for its Bucharest team.

“We are witnessing rapid growth and we couldn’t be happier,” explained Sam Renkema, the CEO of SpamExperts. “Our Bucharest office is helping us with our stunning performance, and marking a new milestone for our company, little to say, is very exciting. We started in Romania, in autumn of 2012, with a small office. Almost four years later, we are moving to a 560 m2 location, on the fourth floor of the HQ Victoriei building, with our very own 64 m2 terrace.”

Do you know of any other companies moving into new office space? Let us know the details. Add your comments below.