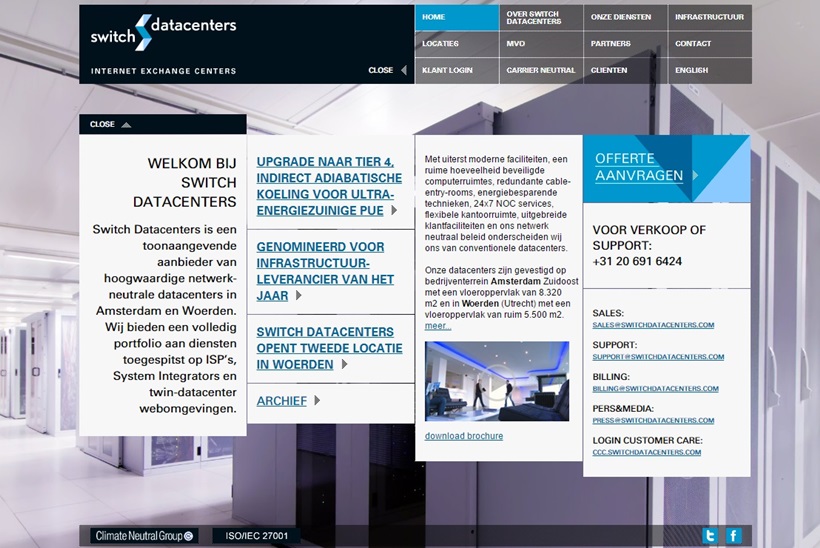 Provided by euNetworks, the deployment features DWDM technology and enables Switch Datacenters’ customers to benefit from multiple virtual fibers that facilitate backup and failover solutions. By deploying the solution between its data centers, the company is addressing the “ultra-uptime needs” of its business customers and cloud providers.

“It’s a very efficient DCI network architecture we’ve deployed, also in terms of costs,” explained Switch Datacenters’ founder and CEO, Gregor Snip. “In the past, DWDM technology was mainly used by long haul DWDM platforms. With the advent of pluggable DWDM SFP+ transceivers, we are now able to connect up to a maximum of sixteen 10 Gigabit Ethernet channels over a single pair of fibers. As the distance between our two Amsterdam area data centers is not more than 30 kilometers, there is no need for complicated, bulky and expensive separate DWDM chassis systems.”

Switch Datacenters will attend Datacloud Europe 2016 in Monaco June 8-9, 2016, which is now in its twelfth year. A key event for cloud and data center services providers, the event gives Switch Datacenters the opportunity to present its interconnected Amsterdam area colocation data centers to attendees.