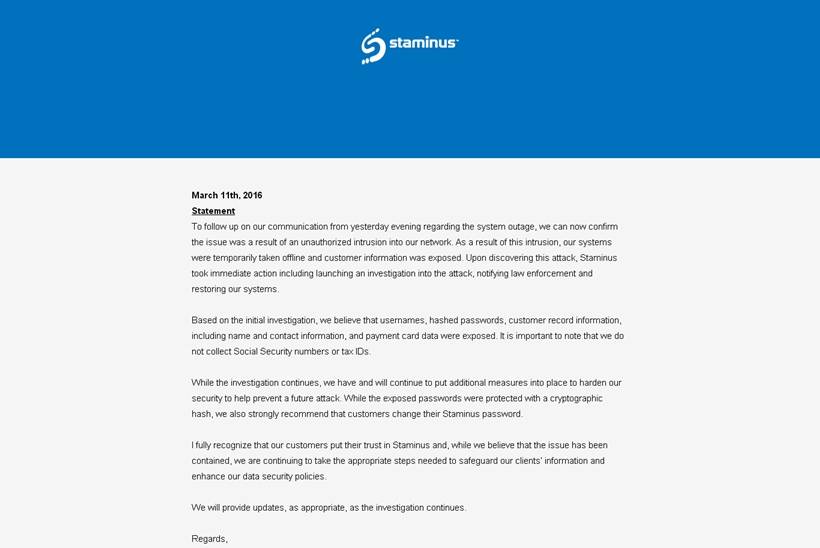 The attack took place March 10, 2016 and as of yesterday the company’s website had not been fully restored despite previously issuing a Tweet that said it would be restored quickly. The data stolen from its website appeared online alongside data from another Staminus Communications’ initiative, also designed to protect customers from DDoS attacks. Staminus Communications also hosts the Ku Klux Klan’s website, another victim of the attack. The FBI and other law enforcement bodies were informed of the attack.

“To follow up on our communication from yesterday evening regarding the system outage, we can now confirm the issue was a result of an unauthorized intrusion into our network,” explained a statement on the Staminus Communications’ website from the company’s CEO Matt Mahvi. “As a result of this intrusion, our systems were temporarily taken offline and customer information was exposed. Upon discovering this attack, Staminus took immediate action including launching an investigation into the attack, notifying law enforcement and restoring our systems.”

Were you impacted by this data breach? Let us know the details. Add your comments below.