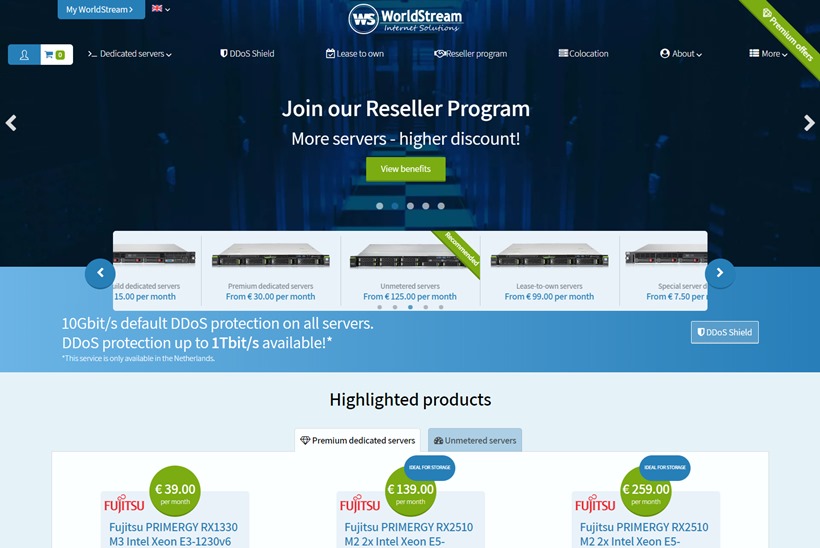 Arista, which has headquarters in Santa Clara, California, United States, was established in 2004. The award-winning company specializes in several areas including cloud computing, virtualization, and ‘Big Data’ services. It is a pioneer in delivering software-driven cloud networking solutions for data center storage and computing environments. A founding member of the 25/50GbE consortium, Arista’s platforms offer Ethernet speeds from 10 to 400 gigabits per second. Its hardware will be adopted by WorldStream’s engineering teams for a new technology platform called the ‘WorldStream Elastic Network’ (WEN) to be launched early 2020. WEN is designed to add flexibility and functionality to hybrid IT infrastructure deployments and data center resource allocation and will be built on Arista Networks’ Ethernet Virtual Private Network (EVPN) Virtual Extensible (VXLAN) LAN technology. Once complete WEN will offer customers full control of data center, network and cybersecurity features “at the edges of the WorldStream network backbone”.

“Arista’s EVPN VXLAN technology will be a key enabling technology for allowing plug-and-play multi data center setups and twin data center concepts as well,” explained WorldStream’s Network Director Tim Vollebregt. “This will enable our clients to easily create data center presence at all facilities contained in the WorldStream network backbone, whether WorldStream’s company-owned data centers in the Netherlands are concerned or any of the other data centers worldwide where our server and network equipment reside. This will significantly reduce capital expenses for our customers when coping with ultimate redundancy requirements such as within healthcare, finance, government, and enterprise markets.”

Do you know of any other companies involved in new partnerships? Let us know the details. Add your comments below.