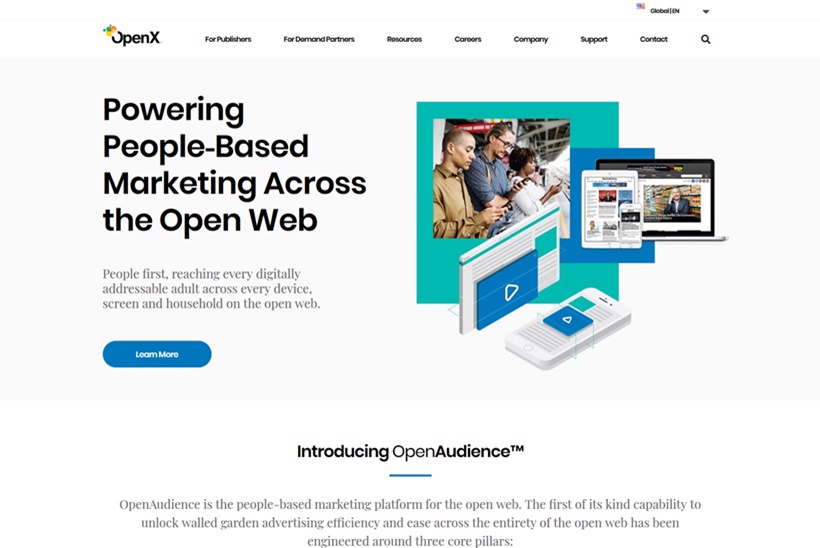 “The world’s largest” independent advertising technology provider OpenX has migrated to the Google Cloud Platform (GCP). OpenX, which has headquarters in Pasadena, California, United States, was established in 2007. The company specializes in ad serving, ad exchange, SSP, mobile, and header bidding to help brands “reach consumers, at scale, in a fragmented media environment”. It currently caters to 30,000 of “the world’s most recognized brands” alongside 1,200 publishers and manages “more than 2,000 premium mobile apps”. The new infrastructure has allowed the company to expand internationally and offer new product development.

The migration makes OpenX “one of the fastest and most scalable exchanges in the industry”. Benefits of the move have included core infrastructure improvements that allow the company to release real-time updates and the ability to “ship code practically instantaneously”. The company is now more able to leverage Machine Learning and Artificial Intelligence (AI) using Google Cloud’s native tools.

“Moving our technology to GCP has given OpenX a tangible leg up in the advertising technology ecosystem,” explained OpenX’s CTO, Paul T. Ryan. “We are now able to stop worrying about legacy infrastructure and focus more on our growth categories. We’ve been able to launch new regions of the world in a matter of days, and we’ve been able to tap into machine learning and AI tools that allow us to analyze and process data in ways we weren’t able to before. Our tech stack is getting smarter and more sophisticated by the day, and we have the flexibility to scale our infrastructure in real-time as the business scales and evolves.”

“OpenX now operates completely in the public cloud, leveraging Google Cloud’s secure, high-performance infrastructure and machine learning capabilities to optimize bidding, improve ad targeting and reduce spam in near real-time,” added Will Grannis, founder and leader of the Office of the CTO, Google Cloud. “Importantly, they’ve also created a tech stack that will sustain high-velocity and new growth well into the future.”

Do you know of any other companies migrating to GCP? Let us know the details. Add your comments below.