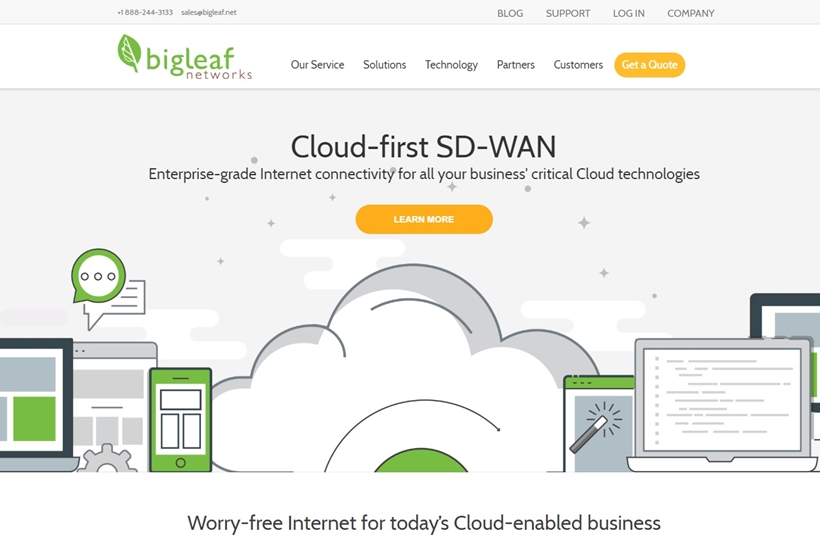 Microsoft ScaleUp (previously known as Microsoft Accelerator) offers an “accelerated path for established startups ready to scale their growth globally”. The program targets ‘Series A’ startups and offers vital support in areas that include sales, marketing and technology. An ‘immersive program’, it takes place at one of only eight Microsoft locations around the world. Participants receive the support of ‘success managers’ and receive access to sales leaders. There are currently 730 program graduates, meaning Microsoft Scaleup offers a “vibrant alumni network which fosters peer support and networking”. Bigleaf’s approach to SD-WAN market sealed its invitation. The company's SD-WAN architecture was “built for a future where enterprises will choose cloud-first solutions over traditional private network-based technologies”.

"There is a future state to enterprise networking that looks a lot different than what is broadly deployed today," explained CEO and founder of Bigleaf, Joel Mulkey. "Changing technology consumption patterns mean networks need to be architected accordingly. We have a view on this and it doesn't include manually-built fine-grained policies. It's a future where companies will rely on AI and algorithms to make network changes in real time as their needs and environments change. We're an SD-WAN built for the future."

Do you know of any other companies entering Microsoft's ‘ScaleUp’ accelerator program? Let us know the details. Add your comments below.