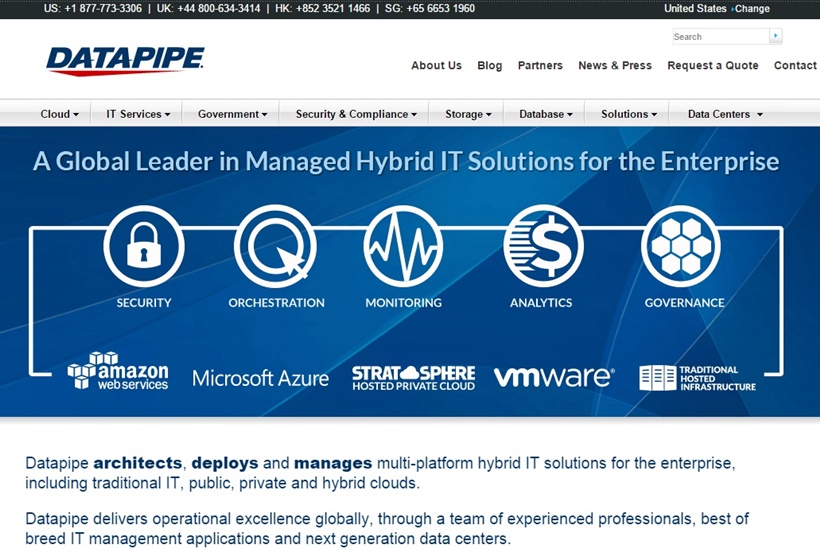 Managed hosting and cloud services provider Datapipe has won a ‘Gold Stevie Award’. Datapipe, which has headquarters in Jersey City, New Jersey, United States, was established in 1998. The company bills itself as delivering “choice, control and confidence in architecting, deploying, and managing multi-platform hybrid IT solutions”. It offers a wide range of services that are designed to meet its customers’ exact needs. Datapipe won its latest award in the ‘Customer Service Department of the Year’ category of the Stevie Awards after being recognized for “exceptional client services”.

Gold Stevie awards are presented to “top scoring” entries (including organizations from more than 60 countries) for each award category. Presented March 4, 2016 at the Paris Hotel in Las Vegas, Nevada, United States, Stevie awards were drawn from 2,100 companies in a wide range of industries.

Do you know of any other companies that have won awards? Let us know the details. Add your comments below.

Back to DataPipe news