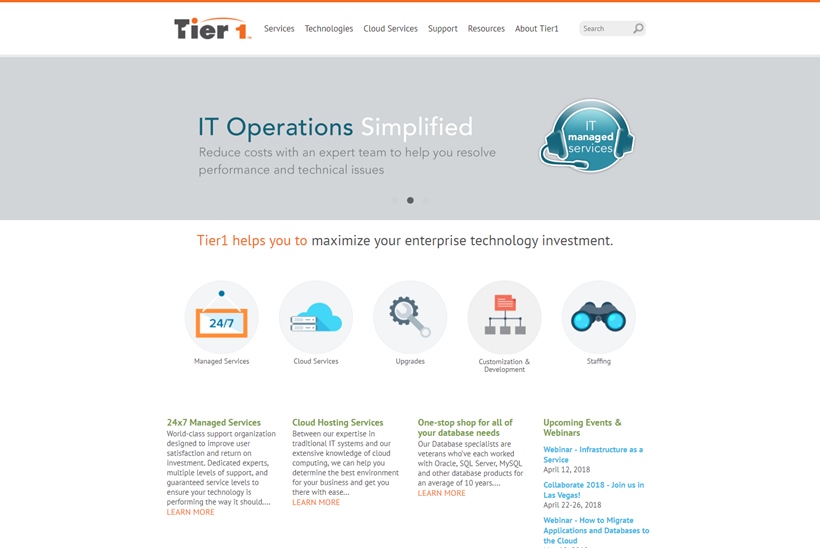 Managed services provider Tier1, Inc. (Tier1) has opened a new office location. Tier1, which has headquarters in Warrendale, Pennsylvania, United States, was established in 2003. Alongside managed services the company offers a broad range of cloud hosting solutions, implementations, upgrades, and business technology solutions. The company caters to “hundreds of companies” and enables them to “realize and utilize the full potential of their technology investments”. The new location is a direct response to the company’s continued growth.

Tier1 now has headquarters in Warrendale, Pennsylvania after 15 years in Pittsburgh, Pennsylvania. Its new office is larger and able to house the 11 new hires the company was recently in the news for. The office is also large enough to cater for the company’s continued growth which is being driven by expansion into new markets. The move comes alongside Tier1's launch of a newly designed website which has been re-organized and now includes the company’s latest services.

"2018 has been a really exciting year for us so far,” explained the CEO of Tier1, Rob Guidarelli. “We've expanded our service offerings, hired many new team members, and now we've moved to a new office. I knew that the future for us was bright, and I'm confident that the best is yet to come. I really want to make Tier1 the best possible place to work for our employees and I know that a commute and work environment have a large impact on people's day-to-day attitude and productivity”, he added.

Do you know of any other companies with new offices? Let us know the details. Add your comments below.