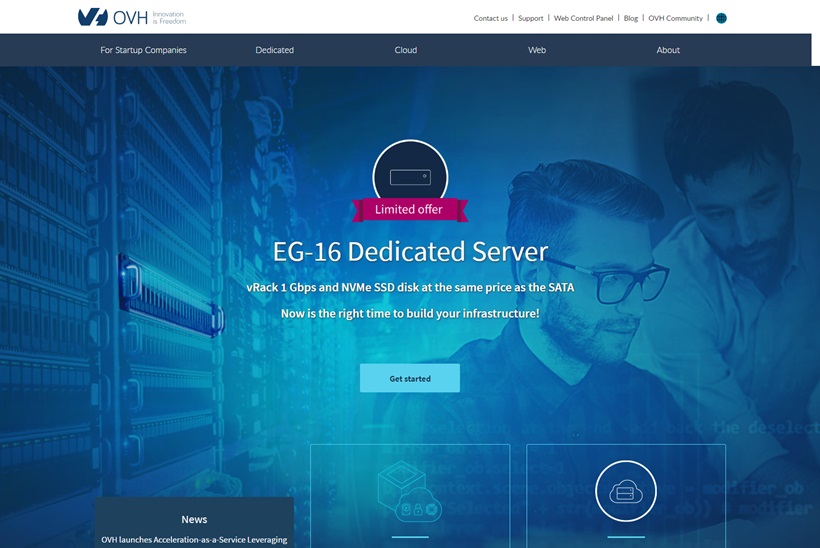 Michel Paulin has joined European web hosting provider OVH as CEO. OVH has headquarters in Roubaix, France, and was established in 1999. The company bills itself as a “global hyper-scale cloud provider” and has a global network of 27 data centers connected by a 13 Tbps dark fiber network. The company caters to around 1.3 million customers, making it one of Europe’s leading providers. Its products and services include web hosting, exchange, dedicated servers, VPS and public and private clouds. Mr. Paulin takes over from Octave Klaba who will stay on as Chairman of the company’s Board.

“It is a great honor for me to join OVH,” suggested Mr. Paulin. “I am looking forward to lead this team of 2,500 women and men on four continents, with its strong and unique culture of innovation at the service of its clients. I am delighted to work with Octave; everyone knows his vision, his entrepreneurial strength and his great humanity,” he added.