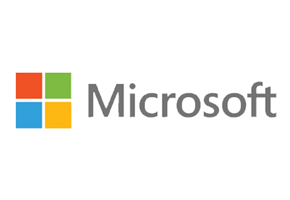 Microsoft has turned in strong fourth quarter 2013 results with the corporation bringing in $24.5 Billion for the period October to December - a revenue increase of 14%. According to Microsoft, strong sales of its Surface tablet computers and increased demand for its cloud-based productivity suite Office 365 and Azure cloud solutions have driven the numbers.

Microsoft generated revenues of $893 million from Surface tablet sales during the period, a 200% increase on the $400 million achieved in the third quarter of 2013. Sales of Microsoft Windows Pro increased by 12% despite severe results as far as PC sales were concerned. Although Xbox brought in considerable revenues, the corporation's chief success was "triple digit" Office 365 and Azure growth. Revenue generated by Microsoft's full range of cloud solutions saw a 200% increase over the period.

Microsoft's successful last quarter was set against a backdrop of uncertainty regarding a replacement Chief Executive Steve Ballmer, who is earmarked for retirement mid-2014. Commenting on the successful quarter Ballmer suggested "Our Commercial segment continues to outpace the overall market, and our Devices and Consumer segment had a great holiday quarter. The investments we are making in devices and services that deliver high-value experiences to our customers, and the work we are doing with our partners, are driving strong results and positioning us well for long-term growth."

What do you think of Microsoft's successful last quarter? Can this growth be sustained? Let us know your views. Add your comments below.