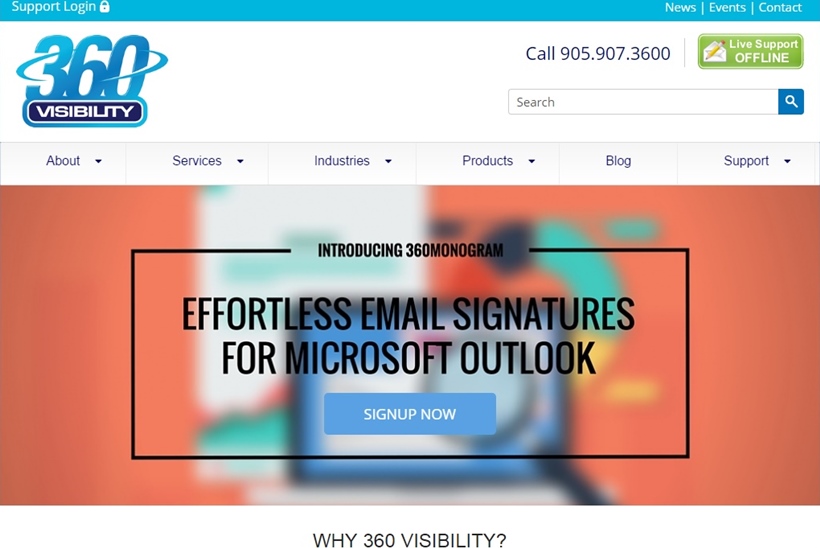 Microsoft technology solutions provider 360 Visibility has announced the launch of Azure Cloud availability in Canada. 360 Visibility, which has headquarters in Toronto, Ontario, Canada, was established in 2003. The company caters to a broad customer base including SMEs and government agencies. A Microsoft Gold Partner for Dynamics Accounting/ERP Software, Office 365 and Microsoft Azure Cloud Services, 360 Visibility offers a range of Microsoft solutions and has Microsoft data centers and cloud servers in Toronto and Quebec City. The launch of Azure Cloud in Canada is a “historic event” through which “Microsoft declares a commitment to Canada like never before”.

The Azure Cloud allows companies to scale up or down to meet their business requirements, and with Azure being offered within Canada’s borders, Canadian businesses can benefit from “industry-leading levels of security, compliance, privacy, control and transparency” while addressing Canada’s strict data residency legislation that requires data related to Canadian customers be held on Canadian soil. 360 Visibility’s new option allows companies to integrate existing IT environments to Azure and also offers a private connection to the cloud leveraging Azure ExpressRoute.

“The Microsoft Cloud offers SMBs the ability to collaborate and compete effectively and affordably in an increasingly mobile world, all the while confident that their data is as accessible as it is protected,” explained a press release circulated by 360 Visibility. “Better yet, small business owners can scale up or down on the cloud as their needs demand — saving significant IT infrastructure costs”. The press release added, “The days of worrying about which country your data is stored in, for Government, Health Care and business alike, are over”.

Do you know of any other Azure Cloud options available in Canada? Let us know the details. Add your comments below.