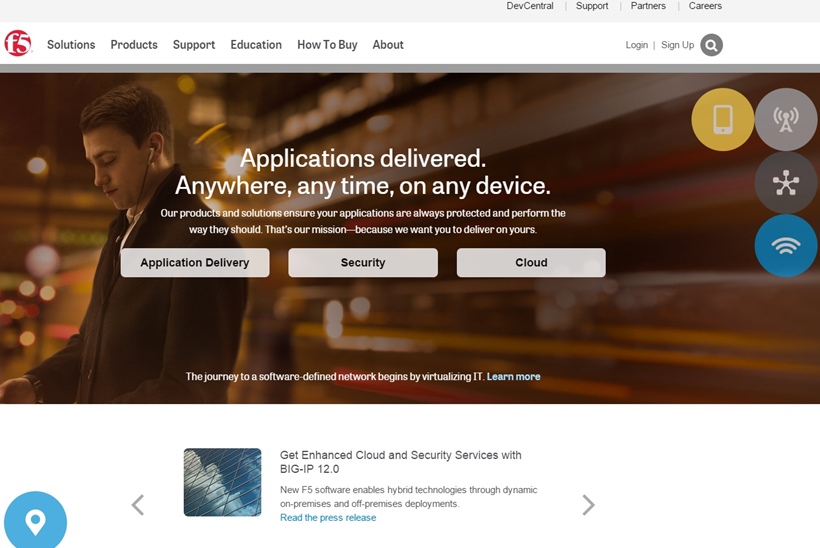 Mike Convertino has joined application delivery networking company F5 Networks (F5). F5, which has head offices in Seattle, Washington, United States, was established in 1996. The company has a number of subsidiaries, including F5 Networks Japan K.K., and Acopia Networks Inc. Mr. Convertino joins the company as its first Chief Information Security Officer (CISO) and will be in charge of its Information Security activity.

An industry veteran, Mike Convertino brings substantial experience in cybersecurity to his new role. He will be located in Seattle and responsible for ensuring the company protects its customers’ data. He will also play a role in planning F5’s security products. He has been involved in security roles with the U.S. government and a number of leading Fortune 500 companies, as well as some start-ups. Before starting his new position at F5 he was Chief Information Security Officer with CrowdStrike, a “provider of next-generation endpoint protection, threat intelligence, and services focused on preventing damage from targeted attacks”.

At CrowdStrike Mr. Convertino was in charge of the company’s corporate network security and it’s the security of its product platform. Prior to joining CrowdStrike he worked with Microsoft as Senior Director of Network Security. At Microsoft he was responsible for protecting the company’s networks and led a digital forensic team that maintained Microsoft’s internal security policies. He was also a Colonel in the U.S. Air Force. He has a Bachelor of Science in Electrical Engineering (BSEE) and Master’s degrees in Management Information Systems from Webster University.

“With our focus on application access, F5 holds a unique vantage point on security,” explained F5’s Senior Vice President and Chief Information Officer Tony Bozzuti. “We see the enormous risk applications are exposed to as users and data travel from device to data center and back again. What Mike Convertino brings to F5 is both deep experience and strong leadership to help our own operations, our partners, and our customers take the best advantage of our application-level security.”

Do you know of any other industry players taking on new executives? Let us know the details. Add your comments below.