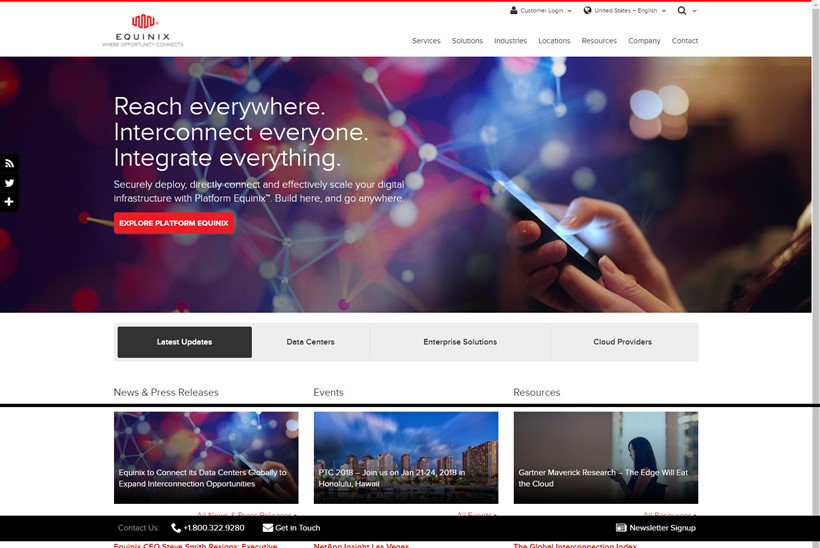 Mr. Steve Smith has resigned as CEO of data center company Equinix, Inc. (Equinix) - a position he held for 11 years. Equinix has headquarters in Redwood City, California, United States. The company offers a broad range of services including enterprise solutions and cloud services. It owns and operates an extensive network of ‘carrier-neutral’ data centers. Mr. Smith has also resigned from Equinix’s Board of Directors.

Mr. Smith’s “difficult decision to resign” was made after “exercising poor judgment with respect to an employee matter”. A press release circulated did not go into the details of the matter but suggested the departure was in “the best interests of the company”. Former CEO Peter Van Camp replaces him as CEO on an interim basis. Mr. Van Camp has spent over 17 years at the company and was CEO from 2000 to 2007. In 2007 he became Executive Chairman of the Equinix Board of Directors. The company was quick to point out that Mr. Smith’s departure was not related to the company’s performance.

"The Board gave this matter the deepest consideration and recognizes the many contributions Steve made over the past eleven years to achieve the global scale, reach and market leadership the company enjoys today,” explained Mr. Van Camp. “He has worked hard to grow and sustain the business, and we greatly appreciate his efforts. I also want to emphasize that this action was not related to the company's operational performance or financial condition, both of which remain strong. The Board and leadership team remain fully committed to the strategy."

Do you know of any other companies changing personnel? Let us know the details. Add your comments below.