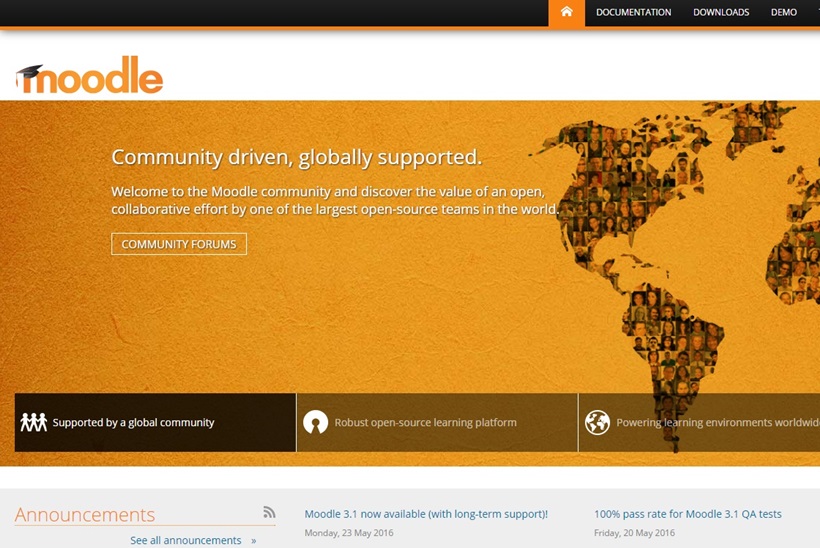 Moodle Pty Ltd. has released a new version of its Moodle Open Source (OS) learning platform. Moodle, which has headquarters in Perth, Western Australia, was established in 2001. The company manages and develops the Moodle software which is designed offer educators an online e-learning capability. A “scalable, customizable and secure” solution, Moodle is by far the most popular of the online learning solutions available to educators, and as with many OS solutions, it is supported by an active community of developers including certified Moodle Partners. Moodle 3.1 is a major upgrade on previous iterations of the solution.

Moodle 3.1 has been developed by the Moodle ‘core team’ with input from developers worldwide. The latest version represents the most intuitive to date and offers a number of enhancements on previous versions. These include support for Competency-Based Education (CBE). Moodle now enables administrators to produce learning plan templates that can be applied to individuals or “entire cohorts of students”. Additionally, while they can be managed from within Moodle, the software now offers a plugin that allows competency frameworks and learning plans to be imported from elsewhere. Additionally, users can also now restore deleted courses from a recycle bin.

Moodle 3.1 “remains dedicated to the core educational mission at the heart of the Open Source project”. According to the company’s own statistics, there are 75,824 sites currently underpinned by Moodle in 230 countries. 9,774,404 courses have been generated using Moodle, and 86,878,754 users have registered onto 259,576,932 courses.

Do you know of any other companies offering upgrades of their solutions? Let us know the details. Add your comments below.