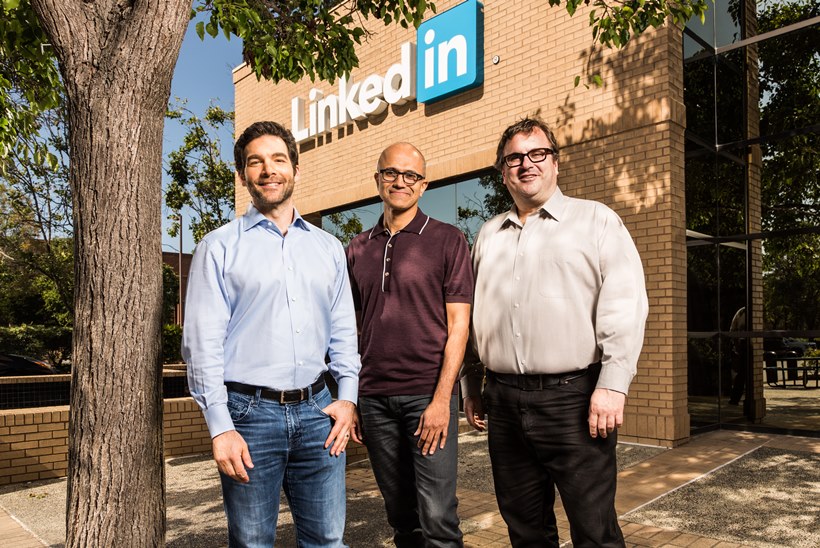 Platform and productivity company Microsoft is in the process of acquiring business-oriented social network LinkedIn. Microsoft has headquarters in Richmond, Washington, USA and is world renowned for its communication and collaboration software and its cloud offerings. Over recent years the company has refocused from software to cloud-based solutions, bringing its ubiquitous Microsoft Office software into the cloud with Office 365. This is the second time the company has made a purchase with a business ‘social network’ perspective – the company bought Yammer in 2012 for $1.2 billion.

As with the purchase of Yammer, Microsoft’s purchase of LinkedIn is thought to be intended to add breadth to the company’s enterprise communication and collaboration capability - Yammer is now part of Office 365. However, LinkedIn’s fit with Microsoft’s current suite of offerings is being questioned by some analysts. Regardless, Microsoft is clearly serious about its investment – the deal has cost $26.2 billion, making it the company’s largest acquisition.

Despite the purchase being a cash deal, Microsoft is expected to generate debt to buy LinkedIn rather than dipping into its cash reserves. Reports have suggested Microsoft’s Satya Nadella and LinkedIn’s CEO Jeff Weiner began discussions on the deal in February of this year, and the deal will be finalized at the end of 2016. Jeff Weiner will stay on in his current role.

LinkedIn, which has global headquarters in Heren, Belgium, is regarded as the ‘Facebook’ of business. The network offers business news and insights and, after its acquisition of Lynda.com, offers an online learning platform. It’s a key resource for marketers and both jobseekers and head hunters alike. The network has 433 million members globally and is experiencing a 9% annual membership growth. It has though had its problems. Some suggest it’s broad membership means it lacks focus and it has been the victim of hacking - hackers recently stole 100 million LinkedIn members’ email addresses and passwords. Despite this, Microsoft appears very happy with its new platform.

“The LinkedIn team has grown a fantastic business centered on connecting the world’s professionals,” explained Satya Nadella in a press release. “Together we can accelerate the growth of LinkedIn, as well as Microsoft Office 365 and Dynamics as we seek to empower every person and organization on the planet.”

“Just as we have changed the way the world connects to opportunity, this relationship with Microsoft, and the combination of their cloud and LinkedIn’s network, now gives us a chance to also change the way the world works,” explained Jeff Weiner in the same release. “For the last 13 years, we’ve been uniquely positioned to connect professionals to make them more productive and successful, and I’m looking forward to leading our team through the next chapter of our story.”

What do you think about Microsoft’s new acquisition? Does it make sense? Let us know your thoughts. Add your comments below.