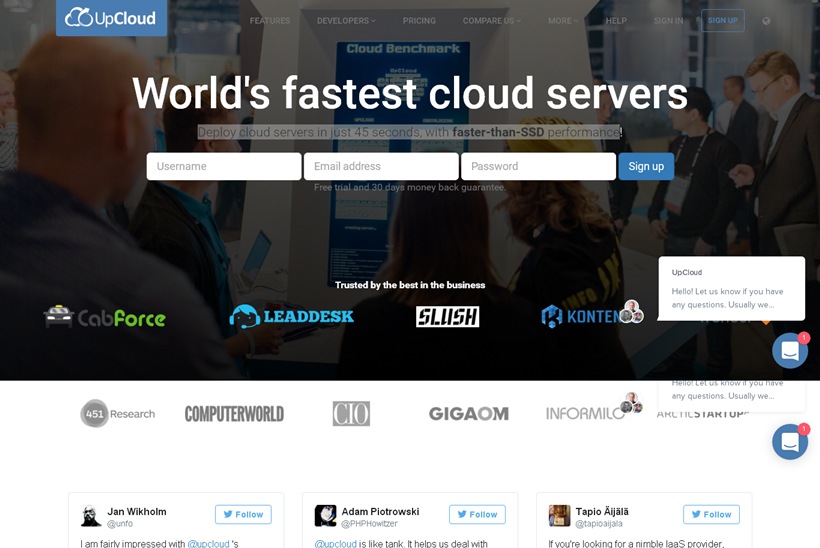 Scandinavian cloud startup UpCloud has received €4 million ($4.2 million) in investment. UpCloud, which has headquarters in Helsinki, Finland, bills itself as having “faster-than-SSD” cloud servers that are the “world's fastest” and can be deployed in only 45 seconds. The investment was led by Helsinki-based venture capitalists Inventure with the purpose of enabling the company to compete on an international basis.

UpCloud operates data centers in Helsinki, London, Chicago and Frankfurt. It was recently recognized by the Deloitte Fast 50 list as being Finland’s fastest growing tech company. It aims to become a global cloud player and its latest funding will enable the company to compete with the likes of Amazon Web Services (AWS).

“A major shortcoming in cloud computing has always been poor and fluctuating performance,” explained UpCloud’s founder and Chief Technology Officer, Joel Pihlajamaa. "We have, over the years, solved many difficult challenges with our own R&D and technology and I am very happy to confirm that we are now able to spread our world-class technology faster, and to an even wider audience".

Do you know of any other companies that have received investment recently? Let us know the details. Add your comments below.