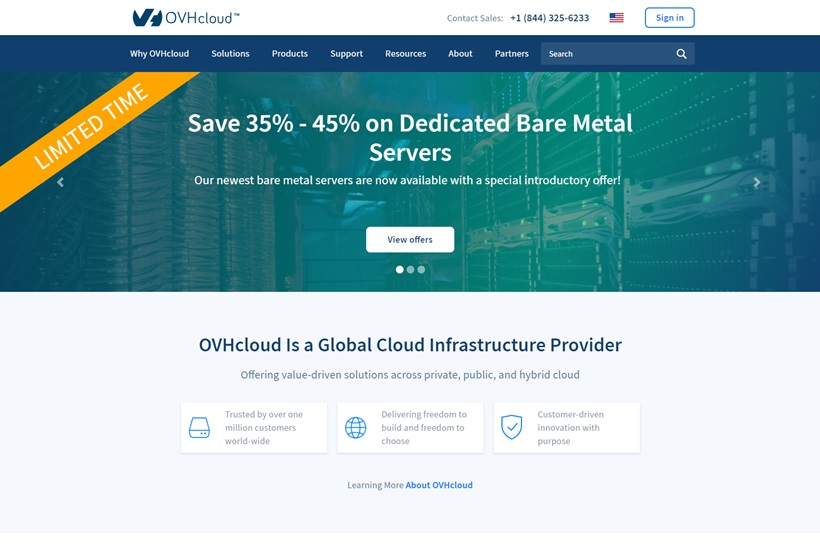 A subsidiary of French cloud computing company OVH has announced it is offering a new private cloud service based on VMware software. OVH, which has global headquarters in Roubaix, France, offers a range of web services including Virtual Private Servers (VPS) and dedicated servers. OVHcloud has headquarters in Reston, Virginia, United States and offices in Dallas and Broomfield United States. In addition, the company has offices in the United Kingdom, Ireland, Costa Rica, and India. It provides hosted private cloud, public cloud, and dedicated server solutions alongside bare metal servers. The new service leverages a relationship with VMware that developed after OVH’s recent acquisition of vCloud Air, which gave it access to the US market through data centers in Oregon and Virginia, United States.

OVHcloud’s new service is built on VMware virtualization tools and will offer advantages to businesses that utilize VMware for on-premises infrastructure – companies can transition to hybrid cloud architectures without the need to invest in further staff training. Known as ‘VMware Cloud Foundation on OVHcloud’, the new scalable service incorporates VMware Software-Defined Data Center (SDDC) tools such as vSAN for storage, NSX for networking and vSphere for compute. Customers receives four dedicated servers that each provide 768 GB of RAM, 25 TB of SSD storage and two Xeon Gold CPUs. The servers are supported by a 15 Tbps network.

“We listened to what the market requested,” explained OVH US’ CEO, Russell Reeder in a press release. “The customers we’ve spoken with have been very excited about the value of the performance, control, and features they will receive with VMware Cloud Foundation on OVHcloud, and their enthusiasm has translated into the development of this offering. This announcement is another example of our strong, ongoing partnership with VMware, as well as the growth and momentum OVHcloud is seeing in the US.”

Do you know of any other companies offering new services? Let us know the details. Add your comments below.