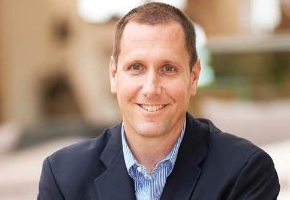 Taylor Rhodes has been appointed the new President of Rackspace "effective immediately". Mr. Rhodes replaces Lew Moorman who left the position in July of last year. His new role will see him responsible for company’s entire global operations.

Rackspace is founder of the open-source OpenStack cloud operating system and a leading player in the hybrid cloud market. With headquarters in San Antonio, Texas, USA, the company owns data centers in various parts of the world and provides "hundreds of thousands of customers" with customized IT infrastructure. Mr. Rhodes has been with the company since 2007.

Prior to gaining his new position Mr. Rhodes worked as the company's Chief Customer Officer (CCO). His career has also included working as Senior Vice President (SVP) and Managing Director of Rackspace International, roles which saw him oversee Rackspace’s Sales and Fanatical Support mechanisms, and drive growth in a number of markets, especially Europe, Asia and Australia. He also worked in a number of executive positions at EDS before joining Rackspace. In these positions he was responsible for managing relationships with the company's global customers. A former U.S. Marine Corps infantry officer, he was awarded an MBA from the University of North Carolina at Chapel Hill.

“Taylor is a proven operational veteran with outstanding strategic and leadership skills,” explained Lanham Napierm CEO of Rackspace. “He has generated strong growth in all the businesses he has led. Our international business, for example, grew 30 percent a year under his leadership. His relationships with customers and his deep understanding of the market and where it’s headed will be invaluable as he steps into this new role. Taylor’s promotion represents a successful example of the company’s long-term talent-development plan.”

Do you know of any other movers and shakers moving into new positions? Let us know the details. Add your comments below.

Back to Rackspace news