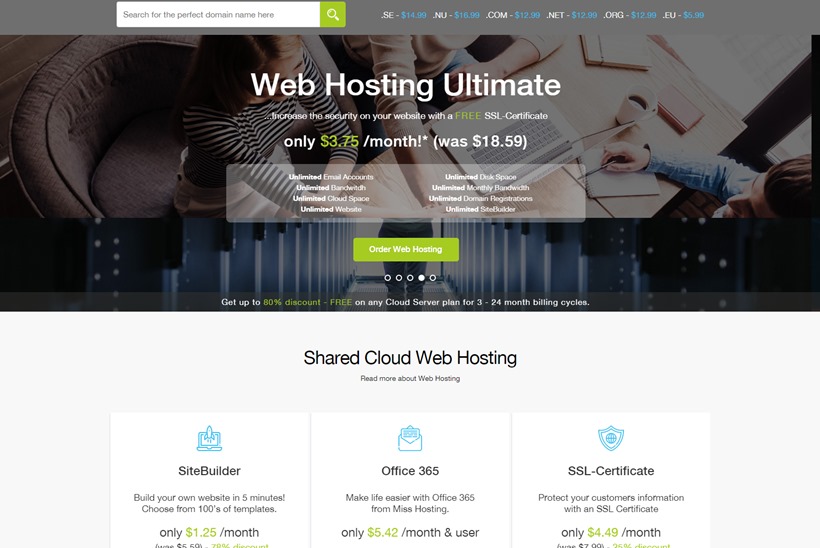 UK web host Miss Group (whose hosting brand is known as ‘Miss Hosting’) has received an investment of £6.4 Million ($8.1 million). Miss Group, which has headquarters in Manchester in the north of England, was established in 2014. The company has offices in Stockholm, Sweden, Sofia, Bulgaria, Miami, the United States and México, and has a presence in Norway, Finland, Hungary, Romania, Argentina, India and Iran. Its services include traditional web hosting alongside domain registration options, Virtual Private Servers (VPS), dedicated servers, and Magento hosting. It also runs its own affiliate network. Miss Group will use the investment to enter new markets and maximize the potential of its existing markets.

The investment, which was provided by the Business Growth Fund (BGF), will enable Miss Group to build on its current 70,000 customer accounts and speed up its international expansion plans. The money will also be used to drive expansion through acquiring other web hosts globally. The company has already leveraged investment from Sedulo – a UK-based corporate finance company – to acquire a company in the United Kingdom and another in the United States.

News of the investment is set against a backdrop of Mr. Phil Male becoming the company’s ‘Non-executive Chair’. Mr. Male formerly held the chair position at hosting provider UK2 Group and was Cable & Wireless Worldwide’s Chief Strategy Officer. “We have moved at pace to add scale to our platform, improve our market share and increase our global coverage,” Mr. Male told British newspaper the Manchester Evening News. "Now that we have an established model and highly successful marketing campaigns which have generated strong organic growth, we are in a strong position to accelerate our expansion through acquisitions,” he added.

Do you know of any other companies receiving new investment? Let us know the details. Add your comments below.