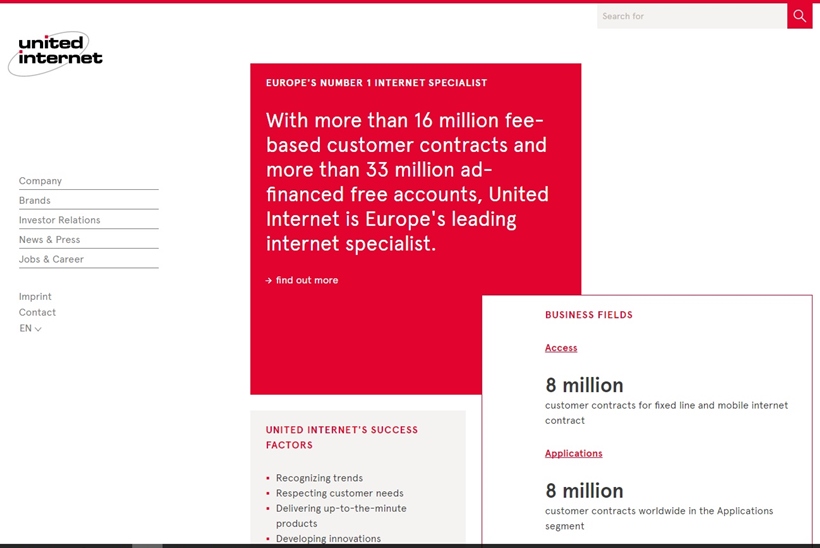 United Internet AG (United Internet) has agreed to sell a major stake in its web hosting business. United Internet, which has headquarters in Montabaur, Germany, is a major web hosting player with a number of global brands. These include 1&1, GMX, WEB.DE, mail.com, Arsys and Fasthosts. Together these hosting organizations have “more than 16 million fee-based customer contracts and more than 33 million ad-financed free accounts”. The cost of the deal is reported to be costing the buyer - Warburg Pincus - in the region of 450 million euros ($497 million).

Warburg Pincus, which has headquarters in New York City, New York, United States, is a private equity firm. Established in 1966, the company also has a presence in Europe, Brazil, China and India. It will acquire a 33% stake in United Internet’s Business Applications Unit. Former Deutsche Telekom Chief Executive and Managing Director at Warburg Mr. René Obermann will join the Unit’s Board of Directors. News of the deal saw United Internet’s shares increase by 5.3%.

Alongside news of the deal, United Internet also announced that it has suspended its plans for an IPO, which will now more likely take place in 2017. Plans for the IPO have been in the pipe line since 2015. "It's a stepping stone to an IPO. It won't be 2017. Things sometimes don't turn out as planned," René Obermann told Reuters in an interview.