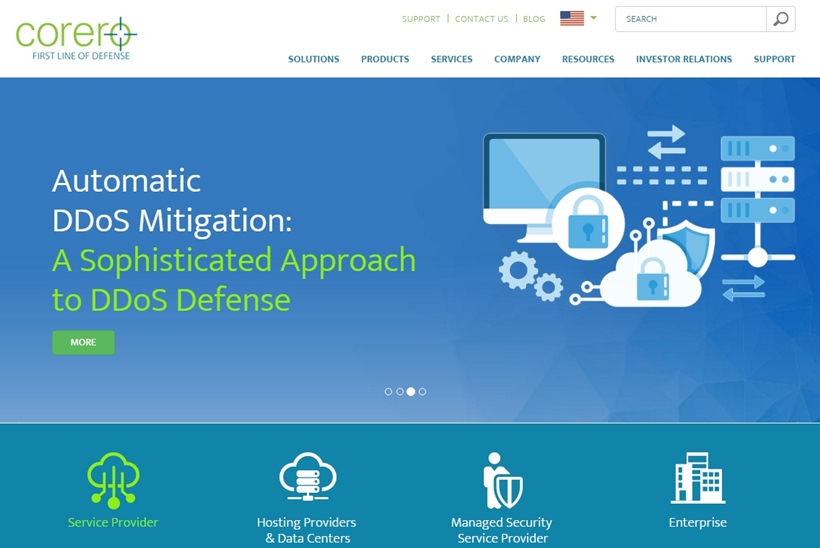 A web host based in the United States has chosen Corero Network Security PLC (Corero) to provide its SmartWall Threat Defense System - a Distributed Denial of Service (DDoS) protection solution. Corero, which has headquarters in Hudson, Massachusetts, United States, specializes in “real-time, high-performance DDoS defense solutions”. The company caters to a range of service providers including web hosts. Its latest contract is reported to be worth $300,000.

While the name of the web host involved in the contract has not been released, it was reported that Corero won the contract after a proof-of-concept trial. The terms of the contract require Corero to protect the web host’s data center for 12 months. The contract also requires Corero to provide SecureWatch alongside SmartWall for the same period. SecureWatch is a managed suite of configuration optimization, monitoring and mitigation response services. The contract comes on the heels of Corero’s successful bids for a number of key contracts, including contracts with three European gaming companies.

“There is growing demand in the hosting and communications provider market for DDoS protection,” explained Ashley Stephenson, the Chief Executive of Corero. “SmartWall TDS continues to prove its market leading capabilities in automatic, in-line, real time DDoS protection,” he added.

Do you know of any other companies winning major contracts? Let us know the details. Add your comments below.